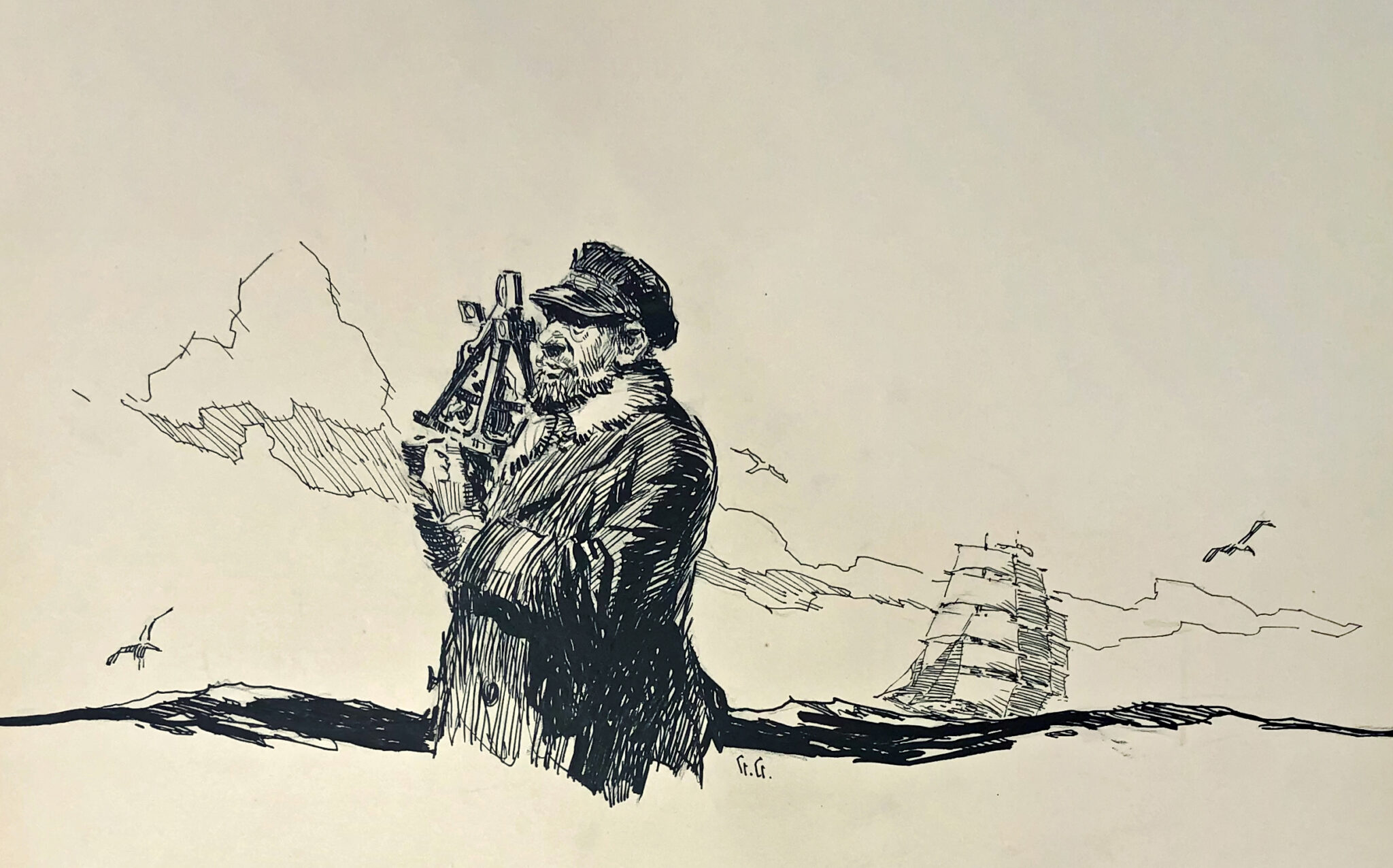 Evolved navigation theory (ENT) proposes that natural selection has differentiated some psychological processes, including height perception, in response to the navigational outcome of falling.

Evolved navigation theory (ENT) proposes that natural selection has differentiated some psychological processes, including height perception, in response to the navigational outcome of falling.

Two current casual theories of specialized height perception are foreshortening of receding horizontals and gravity theory. Increases of the first one are perceived as a vertical length in order to represent distance accurately. Gravity theory suggests that vertical surfaces should appear longer than horizontal surfaces because heights require greater energy to navigate than do horizontal surfaces.

The disparity between the modern environment and the environment in which humans evolved provides an important tool for behavior researchers.  ENT suggests that physical and psychological navigation processes reflect natural selection from navigational costs reliably present over evolutionary time. ENT applied to height perception focuses on the major cost inherent in vertical or angled navigation: falling. If height perception in human ancestors contained genetic variance inaccuracy, then some degree of overestimation likely incurred the least net cost, over time, because falling inflicts potentially severe costs. 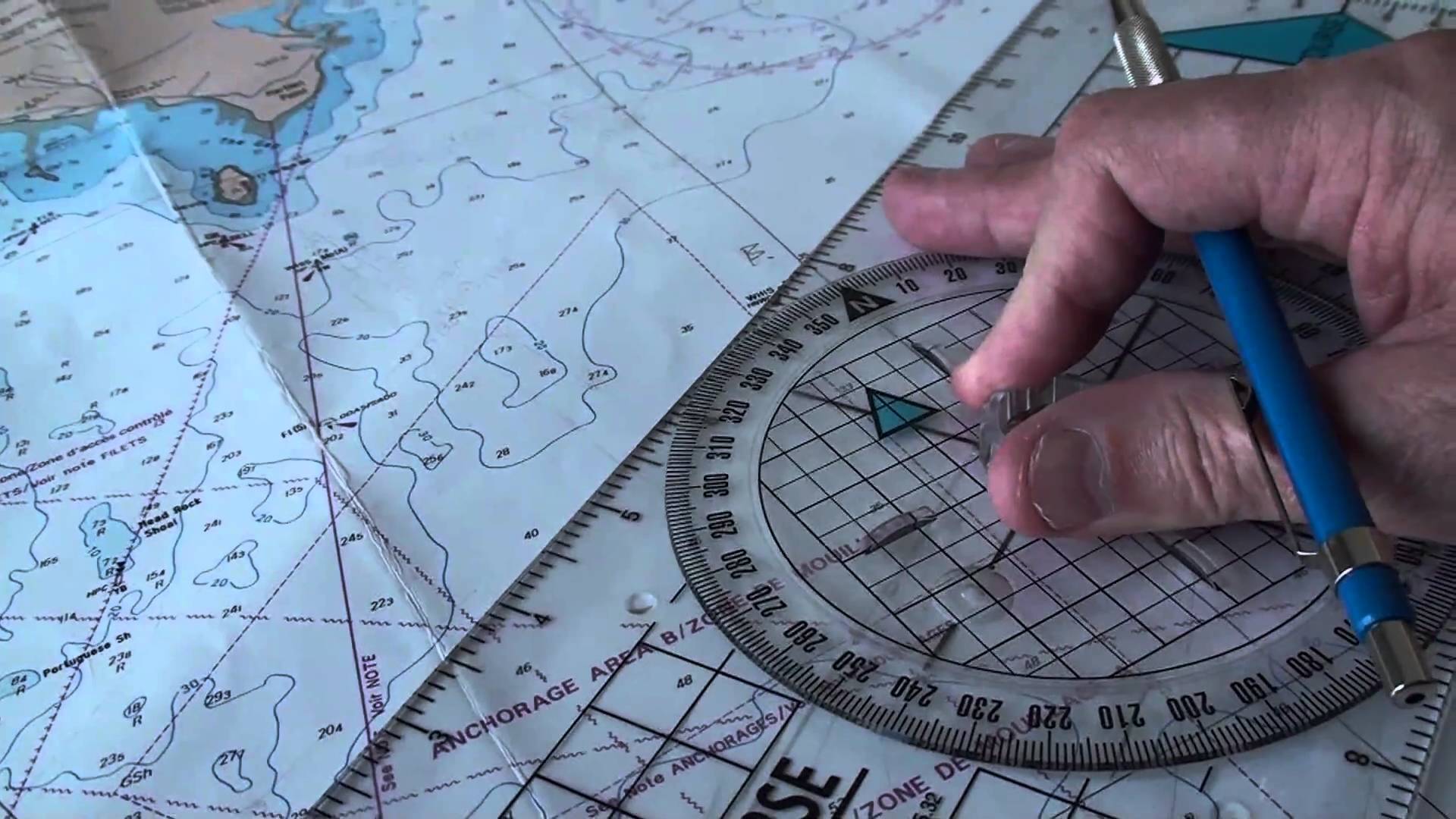 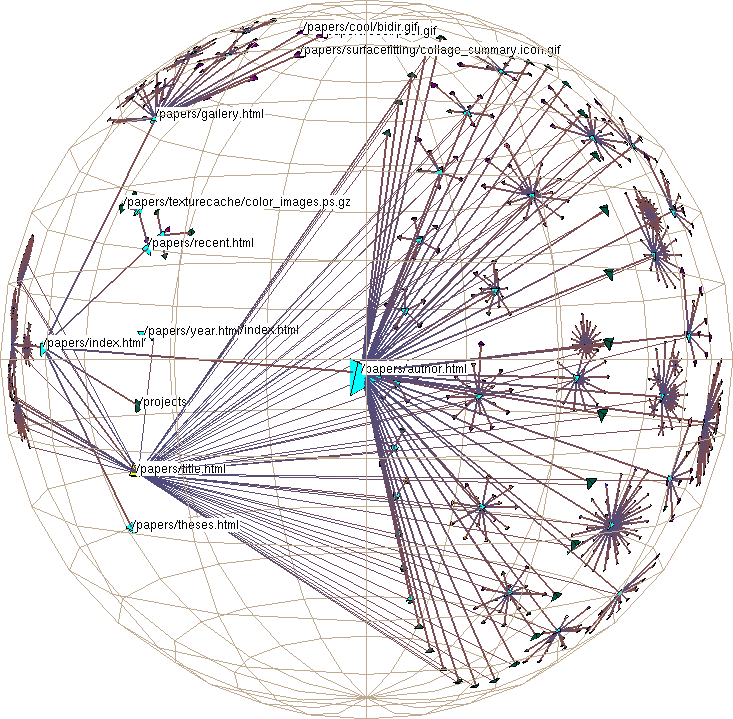 What important resources might height navigation have offered over evolutionary time?

Heights offer advantages similar to those suggested for human bipedalism  (the form of movement on two feet) – increased visibility and access to targets such as animal prey, plant resources, water, or other humans.  Moreover, access to elevated surfaces, and the increased visibility that they afford, help in forming large and detailed cognitive maps.

Second, geological heights provide escape and defense from predators and other humans – a major cause of mortality of evolutionary time.

Habitation of heights has occurred in places as diverse as the Acropolis in  Athens, Swayambunath in Nepal, and the Cliff Palace of Mesa Verde in  Colorado.

Third – water. Freshwater. Associated with steep surfaces, flowing water erodes its substrate and flows down to the lowest of available surfaces.  Therefore, for centuries now accessing sources of freshwater, and the food and materials located therein required vertical investigation.

The root of ENT is that any species navigating surface orientations that reliably affect reproductive fitness might face selection for perceptual tendencies such as height overestimation. ENT asserts that humans either are or are descended from, such organisms.

There is an inherent asymmetry in vertical navigation not present in horizontal navigation that distinguishes an ENT-derived approach from other theories. Ascending from the bottom and descending from the top of a height poses different costs. Ascending expends more energy than descending, but descending results in falls more often than ascending.  Svanstrom (1974) found that falls on stairs occurred 76% of the time during descent. Tinetti, Speechley, and Ginter (1988) found that stepping down resulted in injurious falls among the elderly four times as often as stepping up. Cohen and Lin (1991) found that ladder accidents occurred during descent nearly twice as often as during ascent.

Body mechanics of descent increase its falling risk. Posture during descent requires leading with less dexterous feet, and it places the eyes posterior to the direction of travel, thereby reducing visibility.

Lack of experience on a height when initiating vertical movement also increases costs of falling more during descent than ascent. The beginning of an ascent or descent predicts success in traversing the surface.

Evolved navigation theory–derived predictions foresee overall height estimates exceeding true height because vertical navigation is associated with falling risk. These predictions specifically anticipate a descent illusion,  in which height is overestimated more from the top of the vertical surface than from the bottom because descent results in the costs of falling more than does ascent.

Furthermore, data suggests that vertical extents are associated with greater overestimation on the basis of perceived size, not meridional magnification. Yang et al. (1999) found that participants overestimated a  vertical line in natural scenes to a greater percentage when viewing the real stimuli outdoors (12% overestimation) than when viewing photographs (2%  overestimation) or drawing (3%) of the same objects. Subsequent studies confirmed that overestimation increased with the perceived object size.

All humans descended from species that suffered falling costs, such as ancestors, in common with monkeys. Consistent with ENT, new and old world monkeys exhibit the VHI (vertical-horizontal illusion). ENT also suggests cross-cultural VHI prevalence, because vertical surfaces pose falling costs to all humans. Consistent with ENT, all human populations yet study the display of VIH. This includes populations in environments with minimal receding horizontals, such as the Todas of southern India and the  Papuans of New Guinea at the turn of the 20th century, as well as jungle-dwelling Peruvians. ENT predicts VHI existence across humans as a  species, but ENT also predicts VHI differences within and between human populations, resulting from variable falling experience and exposure to fall-inducing environments.

The contributions of casual theories such as ENT primarily lie in uniting isolated findings and generating novel, testable hypotheses. These data demonstrate the utility of a casual approach because researchers now know to look for a mechanism where they previously did not know one existed.

Now it’s an attempt to determine the cue or combination of cues necessary to produce the descent illusion across both real-world and virtual reality settings. Given the availability of multiple cues about one’s position in space, it is likely that selection operated on several cues simultaneously.  That being said, obvious candidates that explore this area of research

include the total visual extent of the environment, vestibular cues to head orientation, and high-level situational awareness.

People overestimate the height of a vertical surface and have shown that they do so to a dramatically greater extent while positioned at its top. This descent illusion increased as the actual height, and thus the likely falling cost increased across experiments. Nevertheless, overestimation from the top approximated a relatively constant percentage of the height estimated from the bottom. The height perceived from the top averaged 32% greater than the height perceived from the bottom and was as much as 84%  greater than the true height. ENT focuses on adaptations that arose in response to navigation costs over evolutionary time. ENT applied to height perception directed our investigations to the navigation cost asymmetry of falling, which is much greater for descent than for ascent. This investigation speaks against a view of unitary distance perception and suggests some specialization for both height perception and within different height perception scenarios. 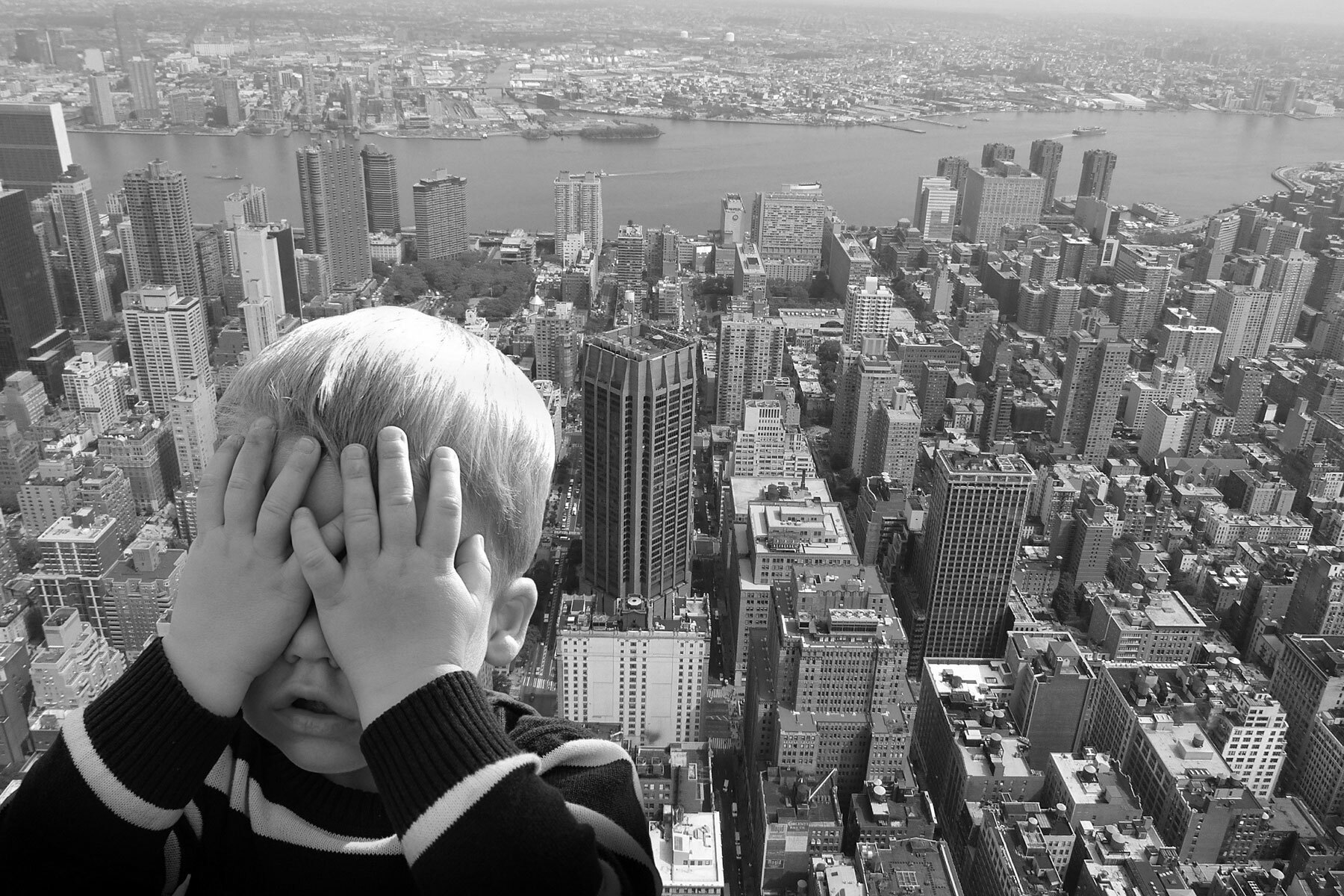 Benny’s Surf Club: Be the Change 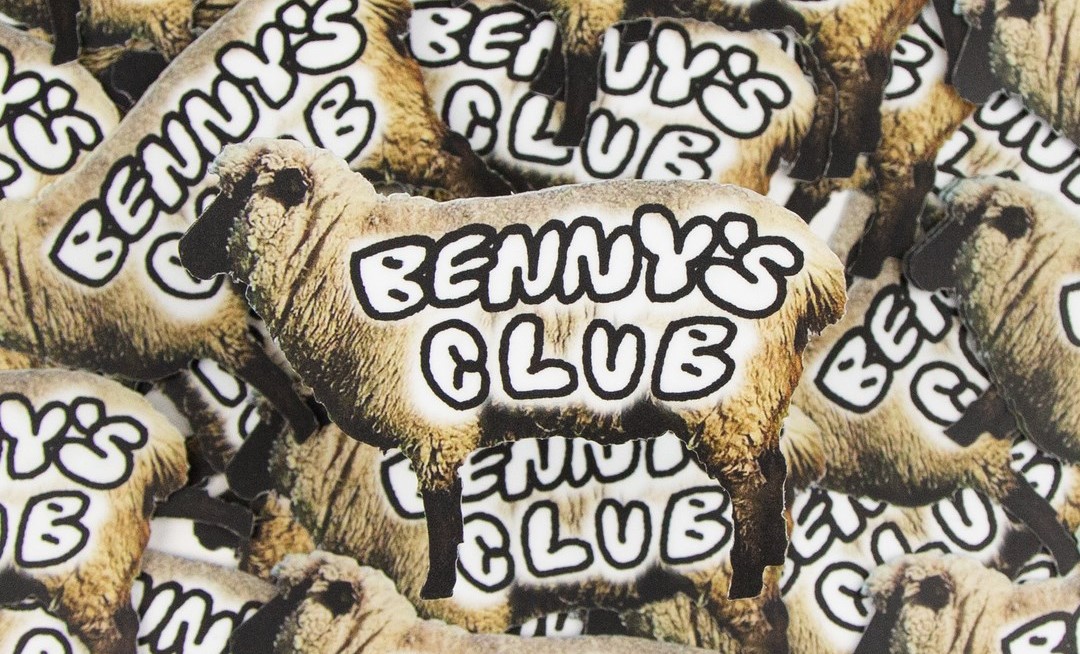