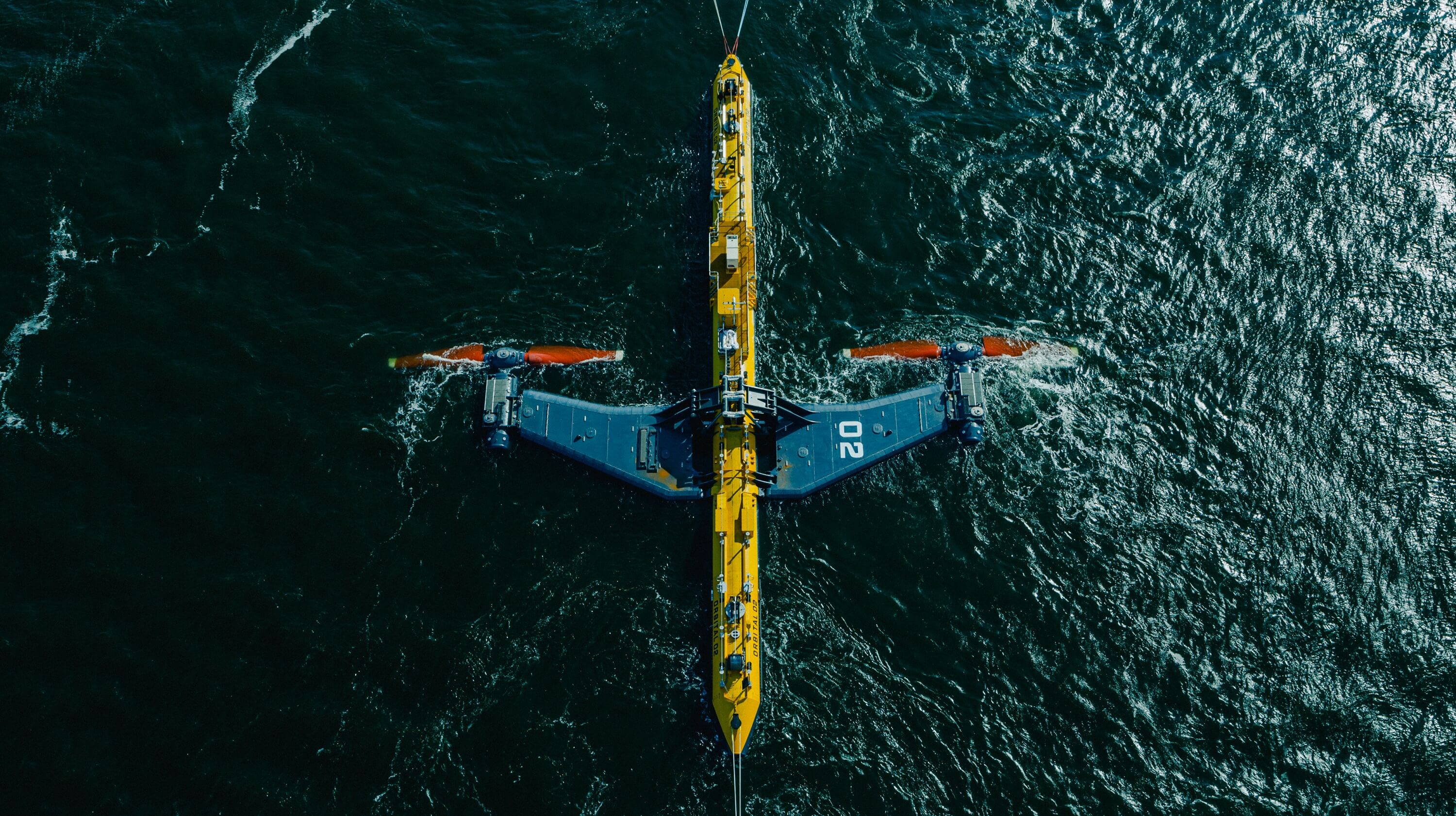 The Orbital 02 is revolutionary in design and concept, while being the world's single largest renewable energy source harnessing the tidal currents off the coast of Scotland. It is the second iteration from Marine Orbital with improvements in the capacity to harness the flow of water with lowered costs in operations.

Perhaps looking more like a deep-sea explorer than a tidal current power source, the Orbital 02 is turning the tide on climate change. Recently launched in the waters off the coast of Scotland, the 02 is the world's single largest marine source of renewable energy.

The search to turn back time on carbon emissions and find a reliable alternative energy source continues, but with the recent arrival of the Orbital O2 in the Orkney Waters, the answers may just lie in the currents.

‍
The Orbital Marine Power’s O2 is the world’s most powerful tidal turbine while having the visual appearance of a deep sea explorer. The hull is an astonishing 74 meters long, roughly the size of a Boeing 747, with retractable wings and massive props at the end of each. Each prop has two 10m blades pulling 600m² of flowing tidal energy in comparison to the large windmills we see scattered across the plains with 37m long blades. And to keep things in check and as not to be swept away by the currents it intends to harness power from, the O2 is anchored by a four-point chain system that has the strength equivalency of lifting 50 double decker buses.

As the blades rotate and spin energy back into the turbines, the generated electricity is transferred by a dynamic cable running along the seafloor to the local onshore electricity hub. From the twin 1MW (million watts) turbines, the 02 has the ability to generate enough clean, predictable electricity to meet the demand of around 2,000 UK homes and offset approximately 2,200 tons of CO² production per year. 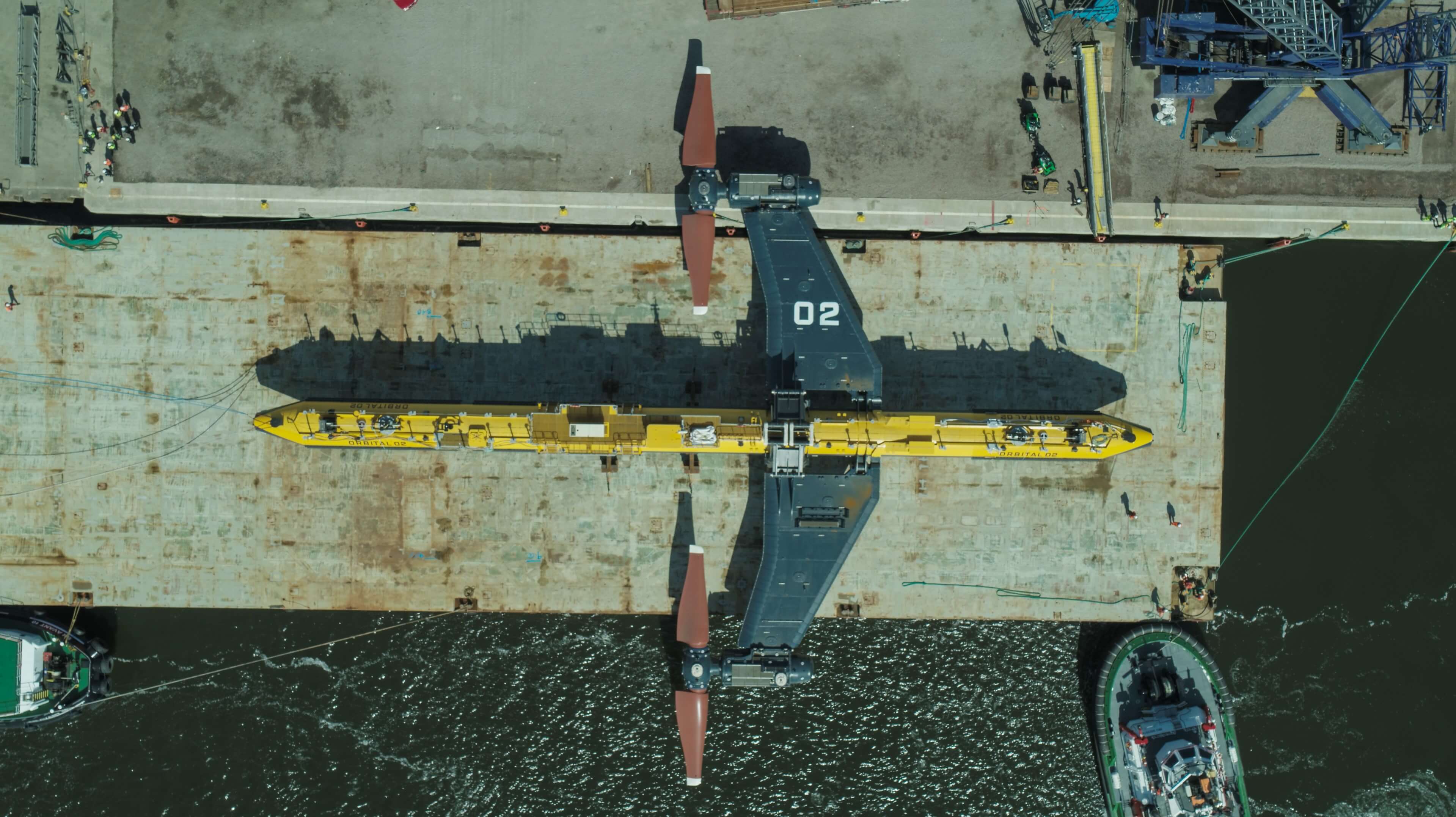 Operating in the highest yield environment in the waters of Orkney, the Orbital 02 is beyond innovative while falling in line with technology and efforts of solar, wind, hydro, geothermal, and biomass energy to power the world. Though, the 02 differs in its ability to operate at extremely low costs and is easily accessible for repair by boat with the wings rising to the surface for maintenance. And unlike other renewable energy sources, the 02 is strategically positioned in Isle of Wight where tidal flow is predictable and nearly constant. And predictability is the key to the 02's success as scientists and engineers can confidently track tidal currents unlike relying on wind or sun as an energy source.

The efforts of Marine Orbital and the O2 project have been funded by the European Union’s Horizon 2020 research and innovation program along with the Scottish Government under the Saltire Tidal Energy Challenge Fund. Additionally, 80% of the supply chain was local to the UK, inspiring both at local and national levels. With the Orbital O2’s testing continuing off the coast of Scotland and the UK’s ambitious goal to be Net Zero by 2050, Marine Orbital is leading the way and taking the first of many steps forward in harnessing the powers of local tidal currents.

As the world continues to make efforts to combat climate change and add emphasis on renewable energy sources, the Orbital 02 is set to be a key component in the field of sustainable energy sources, with vast opportunities for growth and only the necessity of naturally occurring tidal currents to power grids. 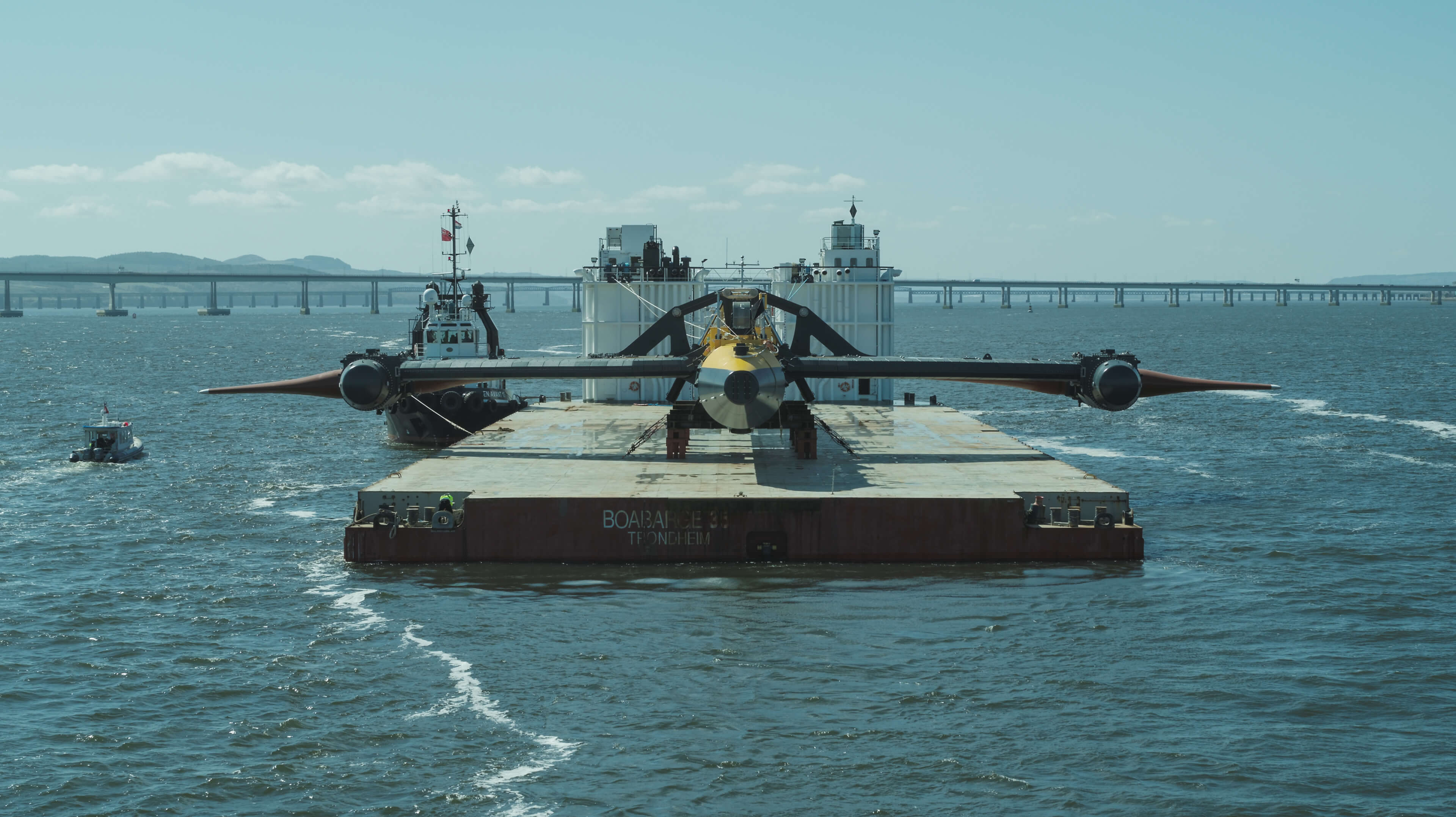 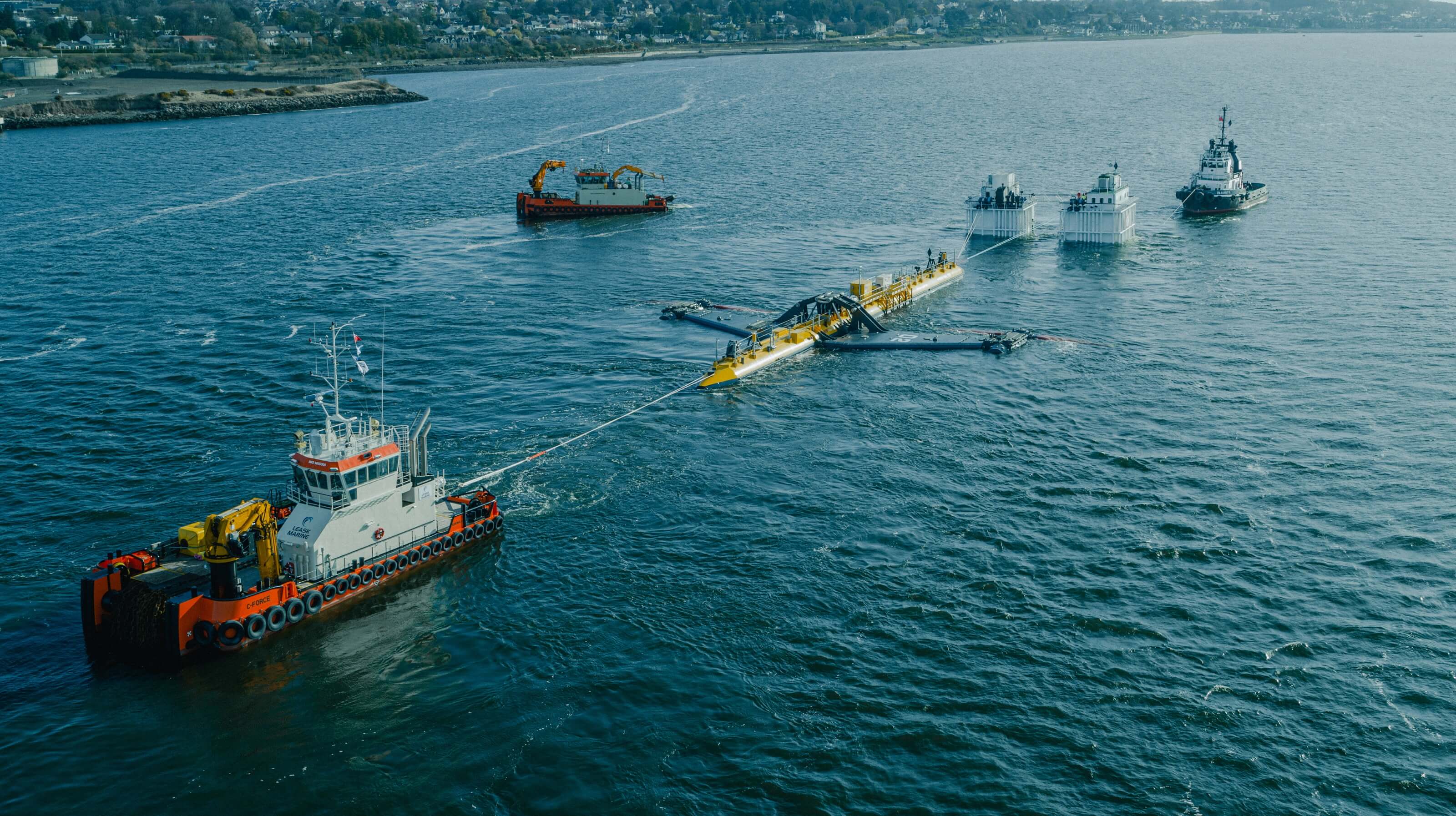 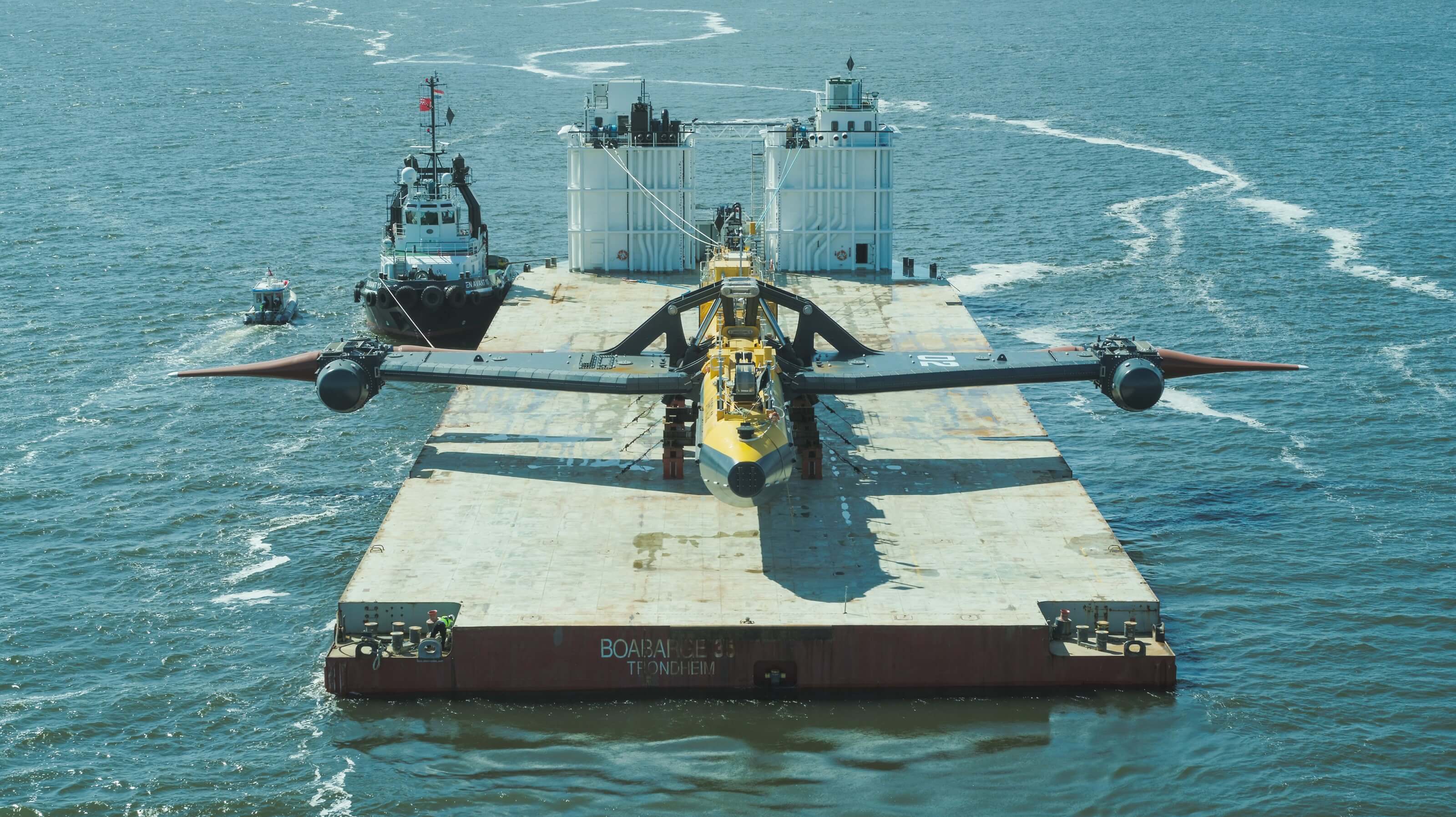 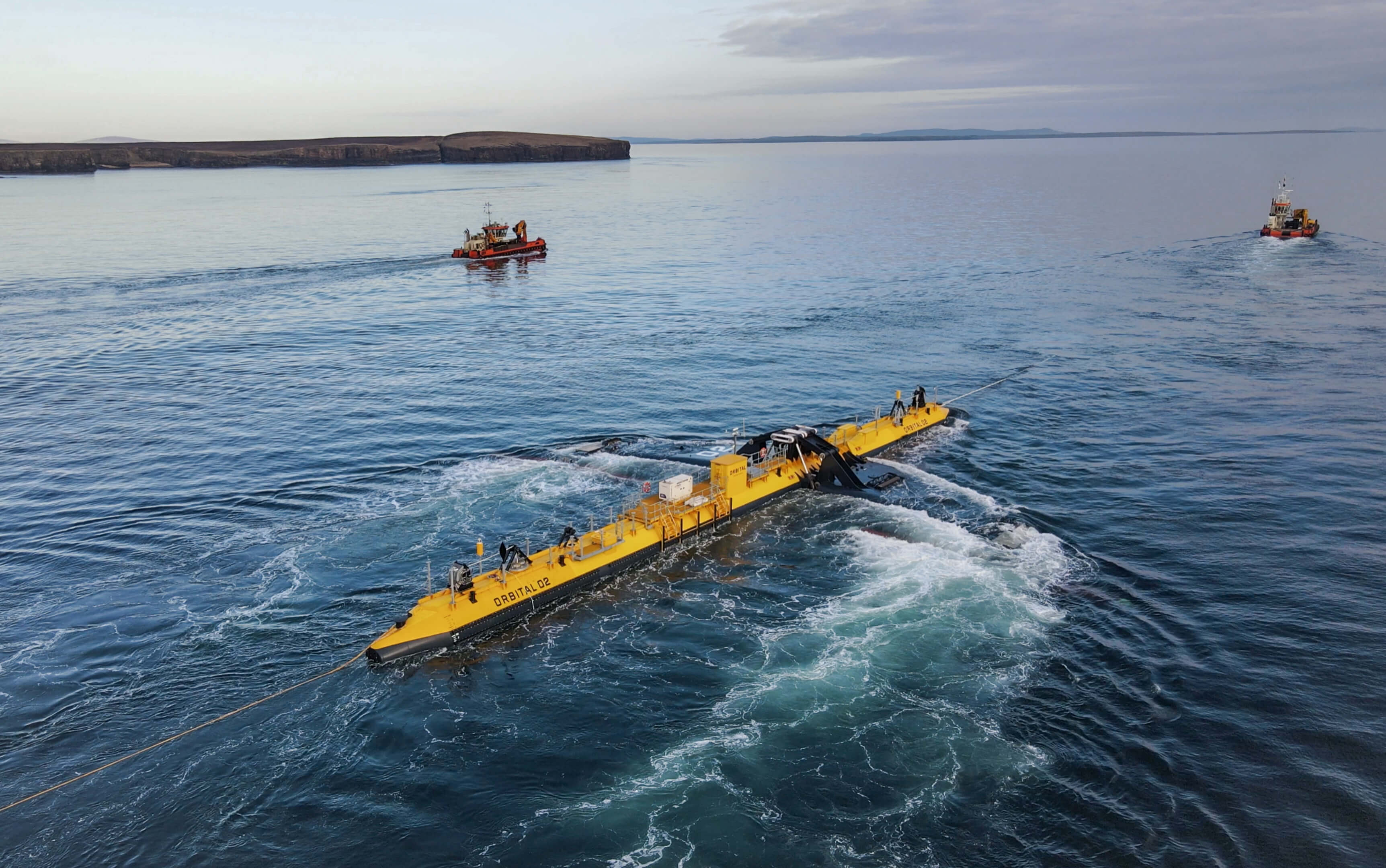 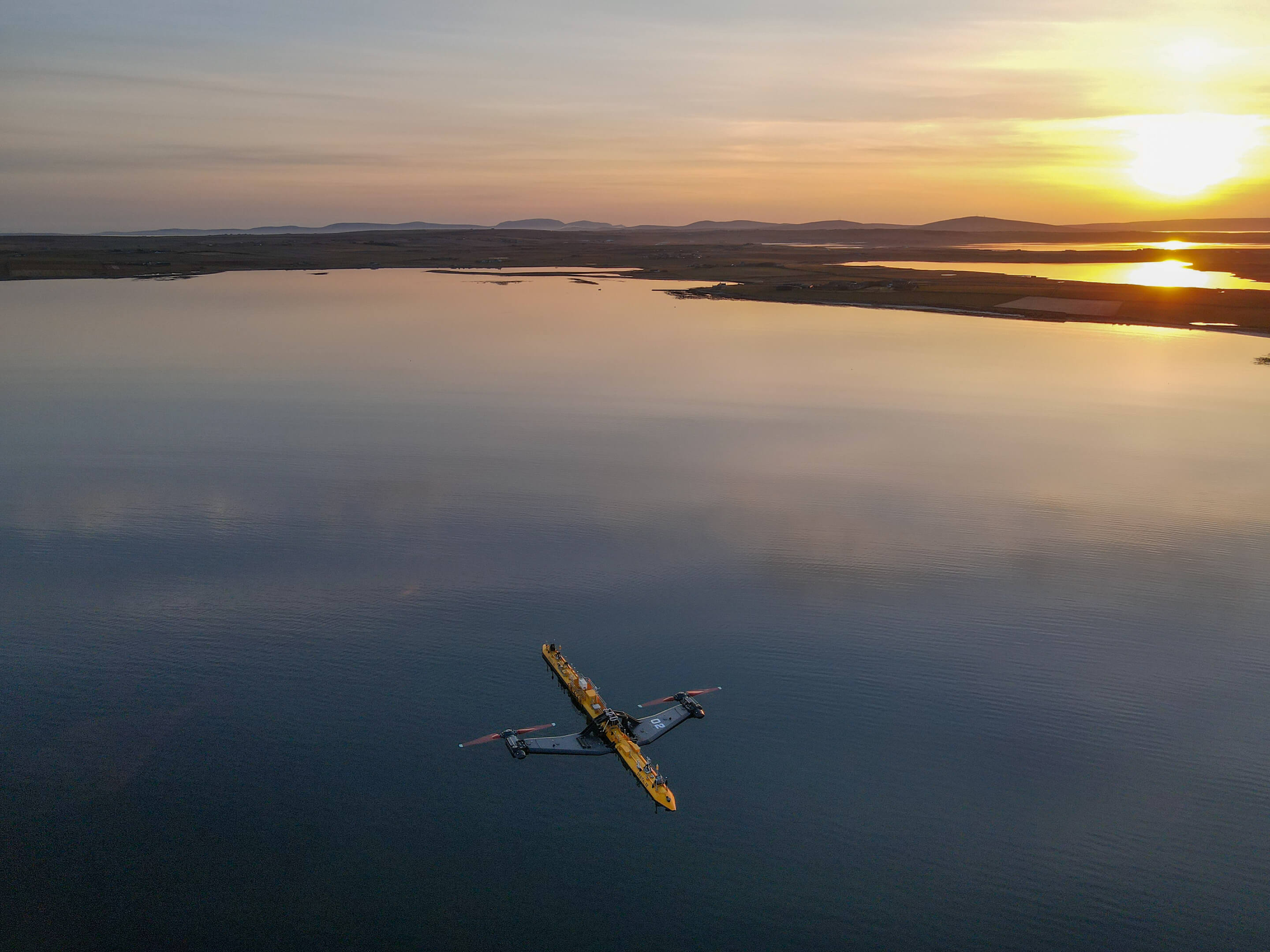 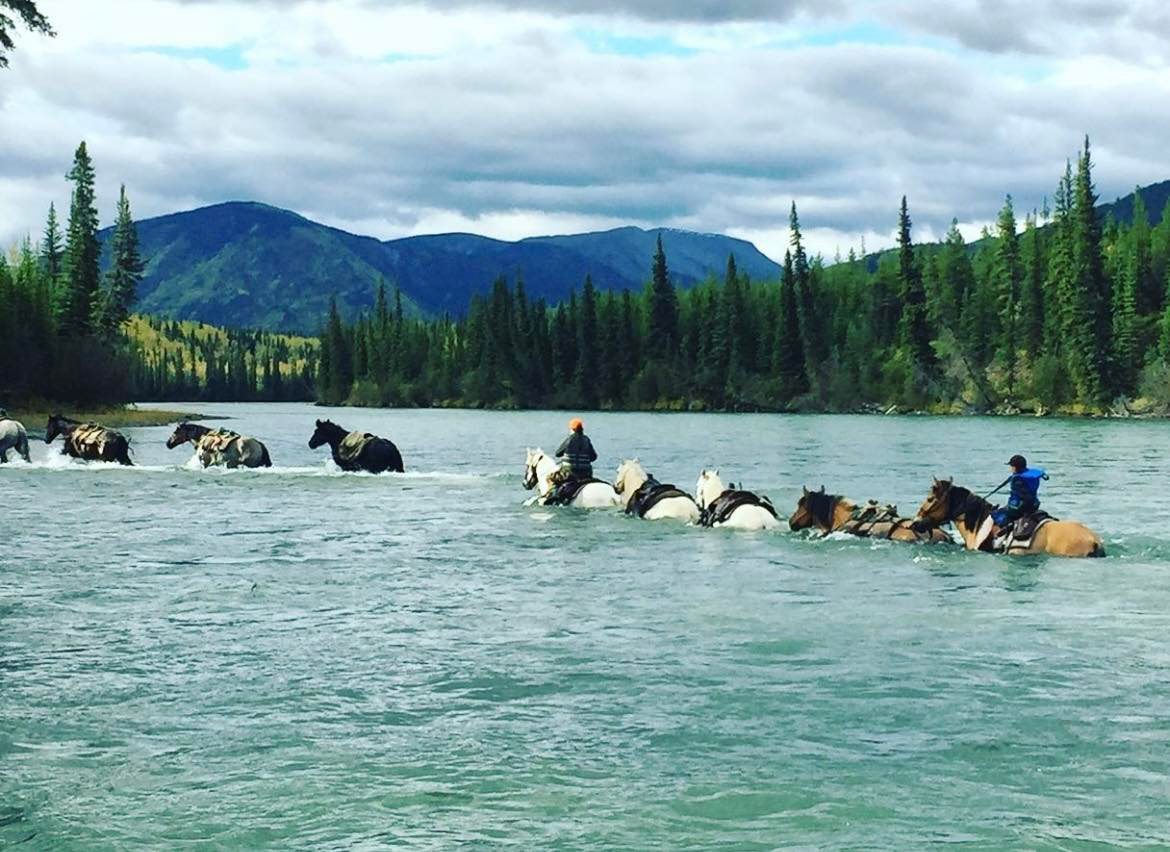