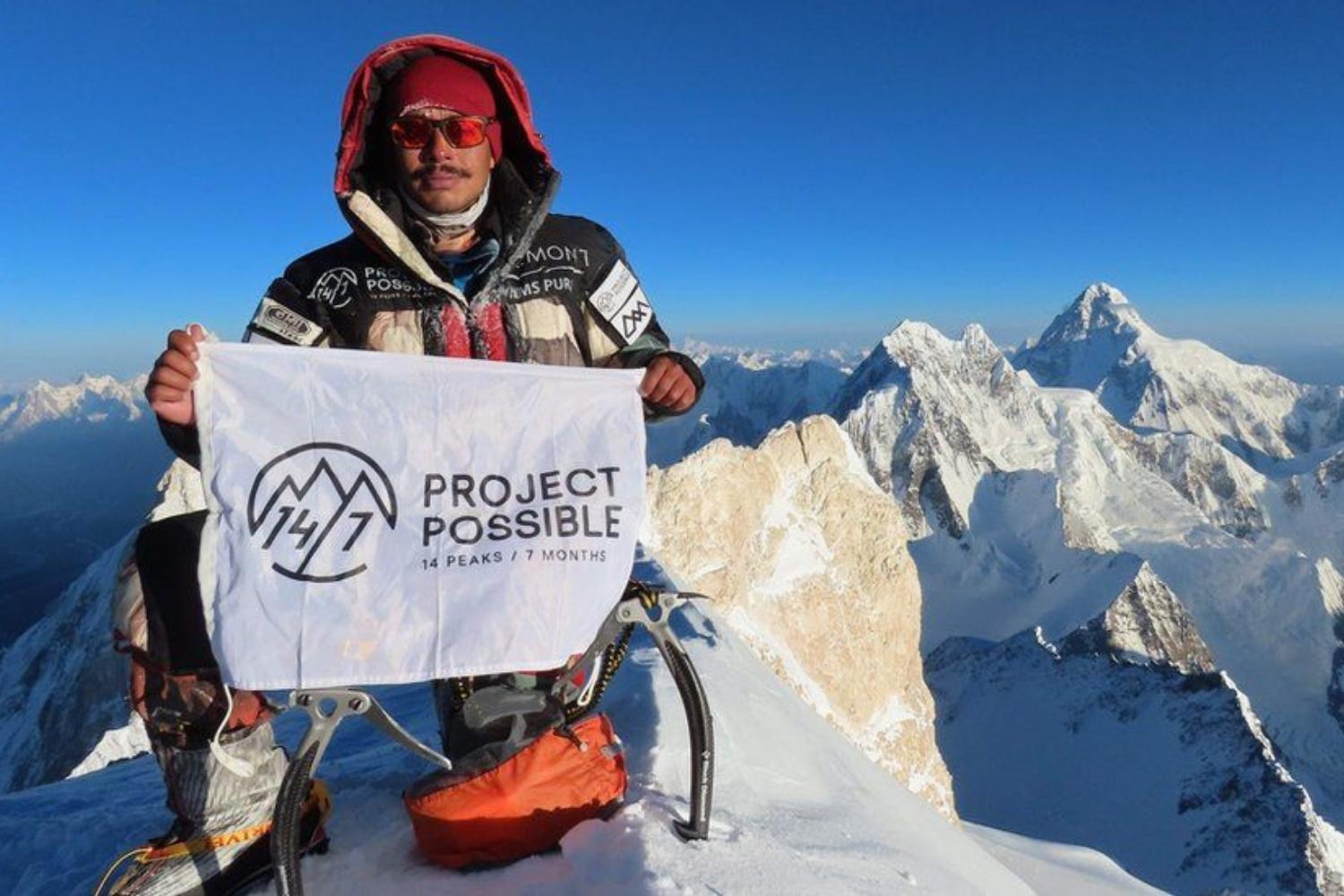 While others dream of wealth, fame, and success, Purja dreams of nothing but the mountain. He endeavored to do more in less than three-fourths of a year than the rest of civilization does in an entire lifetime. He wanted to climb the world’s fourteen peaks that exceed 8,000 meters.

With a plan to complete all fourteen eight-thousand meter summits in seven months, Purja summited the first mountain on April 23, 2019, and completed the first six-summit phase of his “Project Possible 14/7” on May 24, 2019: Annapurna, Dhaulagiri, Kanchenjunga, Mount Everest, Lhotse, and Makalu.

“Don’t be afraid to dream big,” Nirmal “Nims” Purja says in the opening voiceover of the new Netflix documentary 14 Peaks: Nothing Is Impossible, streaming now on Netflix. While others dream of wealth, fame, and success, Purja dreams of nothing but the mountain. He endeavored to do more in less than three-fourths of a year than the rest of civilization does in an entire lifetime. He wanted to climb the world’s fourteen peaks that exceed 8,000 meters.

The documentary chronicles his attempt to accomplish this feat in seven months. The previous record was seven years. Climbing a single eight-thousander is a considerable endeavor that can take months, inflict a significant toll on the body, and requires a reasonable degree of luck in terms of weather and conditions.

“Anything above 8,000 feet is in the death zone,” filmmaker and fellow mountaineer Jimmy Chin, known for the Oscar-winning climbing documentary Free Solo, says in the movie. “You’re breathing about one-third of the amount of oxygen that you would at sea level.” So what would possess a man to try a perilous thing not once but fourteen times? And why do it seven months? 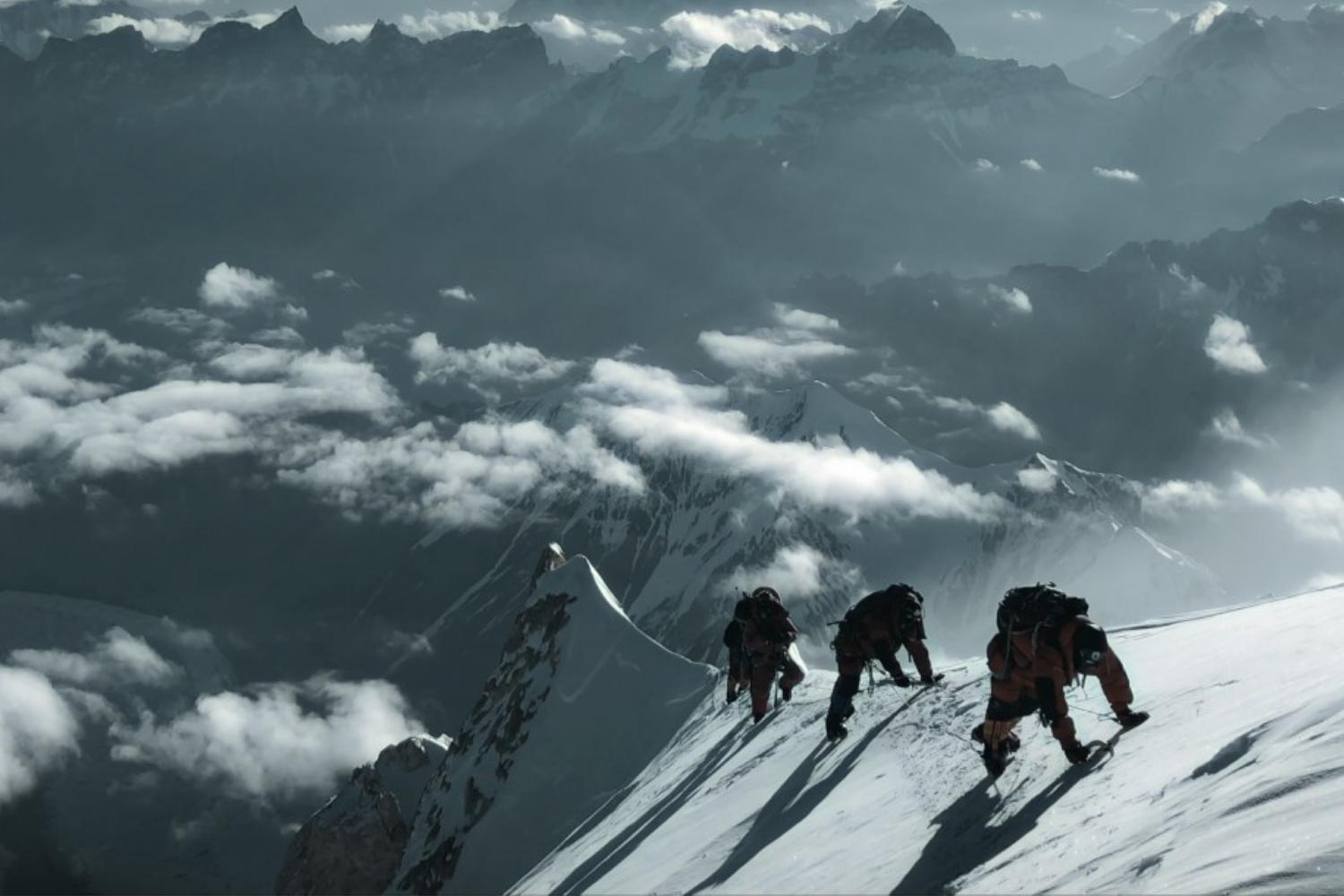 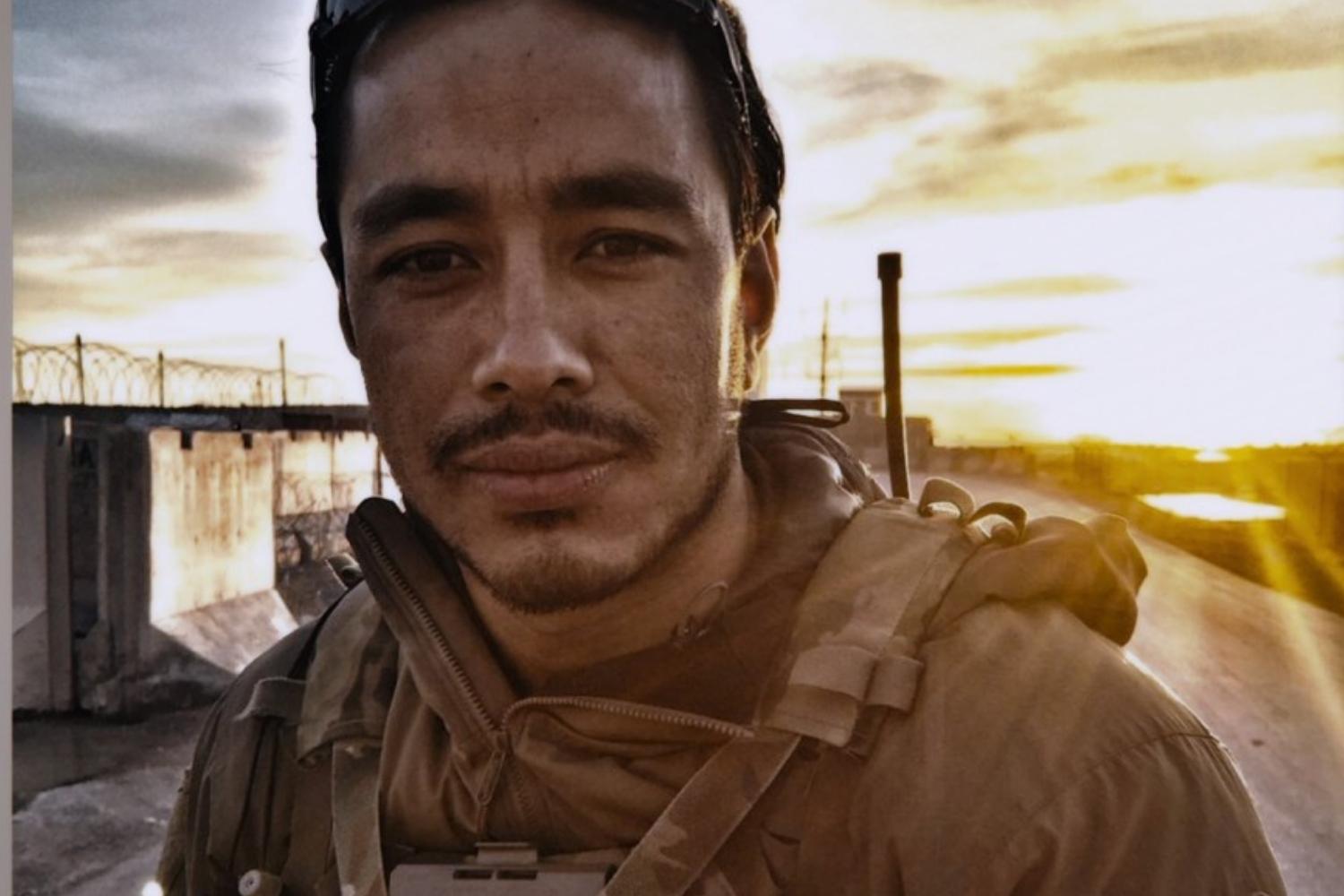 From Soldier to Adventurer

Born and raised at a relatively moderate altitude in Western Nepal, Purja spent sixteen years in the British Armed Forces, initially part of the notoriously tough Brigade of Gurkhas and then in the elite Special Boat Service unit, which is the UK equivalent of the Navy SEALs.

On May 15, 2017, Purja led the Gurkha Expedition “G200E”, which summited Everest with 13 Gurkhas to commemorate 200 years of Gurkha service in the British Army. On June 9, 2018, he was appointed a Member of the Order of the British Empire (MBE) by Queen Elizabeth II for his outstanding work in high altitude mountaineering.

“Physically, I believe I have a natural gift. It doesn’t matter how extreme the challenge is, I’m not going to give up. I can climb with no sleep or rest at all,” says Purja, who now lives with his wife in Eastleigh, England, near where he served in the military.

One scene in the film has him visiting a London clinic that studies performance at high altitudes. A clinician says the mountain-climber possesses unique physiology that allows him to access more oxygen at high altitudes, making for better mental and physical performance.

With a plan to complete all fourteen eight-thousand meter summits in seven months, Purja summited the first mountain on April 23, 2019, and completed the first six-summit phase of his “Project Possible 14/7” on May 24, 2019: Annapurna, Dhaulagiri, Kanchenjunga, Mount Everest (during this summit he took a photo of the traffic jam of climbers waiting to summit that went viral), Lhotse, and Makalu. Among other mountaineers, he climbed with Sherpas Mingma Gyabu “David” Sherpa, Lakpa Dendi (Zekson Son), Geljen Sherpa, and Tensi Kasang. The last five summits were climbed in only 12 days. He broke his previous Guinness World Record by climbing Mount Everest, Lhotse, and Makalu within two days and thirty minutes.

The third and last phase started in September 2019. He summited Cho Oyu (8188 m, Tibet, China) on September 23 and Manaslu (8163 m, Nepal) on September 27. On October 1, 2019, Chinese authorities agreed to grant Purja and his team a special permit to scale Shishapangma (8027 m, Tibet, China) in the fall season at the request of the Nepali government. Purja left Nepal for Tibet on October 18, 2019, leading a five-member expedition to climb the mountain and completed Project Possible 14/7 with a successful summit on October 29 using supplemental oxygen.

Other than the fastest ascent with supplemental oxygen of the 14 tallest mountains in the world, Purja broke the following records: 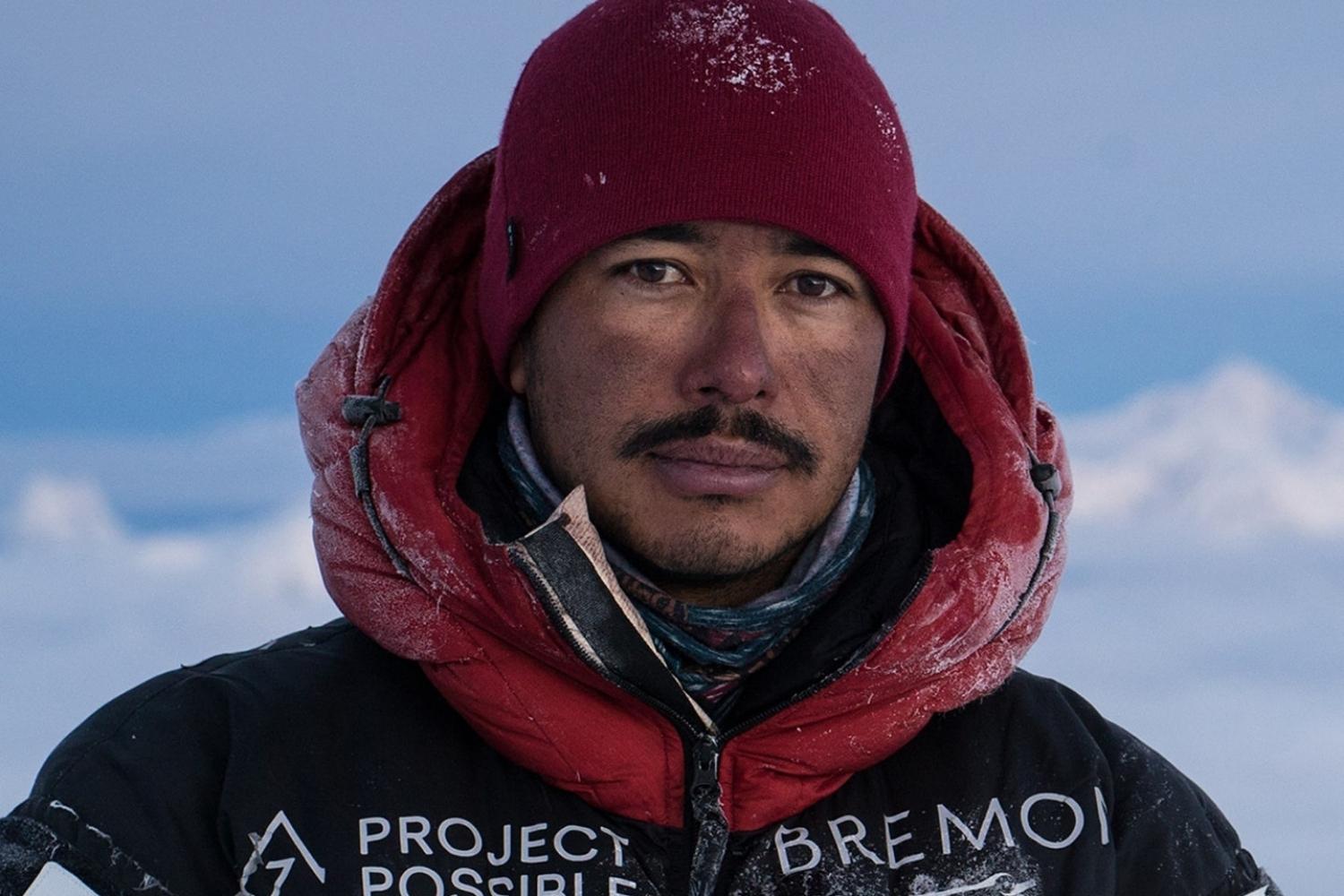 On January 16, 2021, Purja proved he wasn’t done as he again made history alongside nine fellow Nepali mountaineers, completing the first winter ascent of K2. Until then, K2 was the last 8,000-meter peak yet to be summited in wintertime, an objective that was widely considered the most extraordinary unclaimed feat in mountaineering. The climbers regrouped ten meters shy of the summit to wait. Then, in unison and while singing Nepal’s national anthem, the ten climbers made the final strides to the summit. Only one climber did so without supplemental oxygen: Nirmal Purja.

“I have always known what my mind and body are capable of,” Nims wrote regarding his decision to climb without oxygen. “To lay it out straight, on my previous evolutions, I had been carrying oxygen from 8000 meters and above, but I was personally satisfied with my work efficiency up to 8000 meters. It was my choice, and I had my own reasons and ethos.”

On this expedition, Nims led a team of six Sherpa, who joined forces with another three-person Sherpa team led by Mingma G and Sona Sherpa, the leader of yet another cohort of climbers. Nims was resolute and wholly dedicated to the goal of an all-Nepali team being the first to summit K2 in winter.

Has Marvel Found the Recipe for Diversity in Comics? 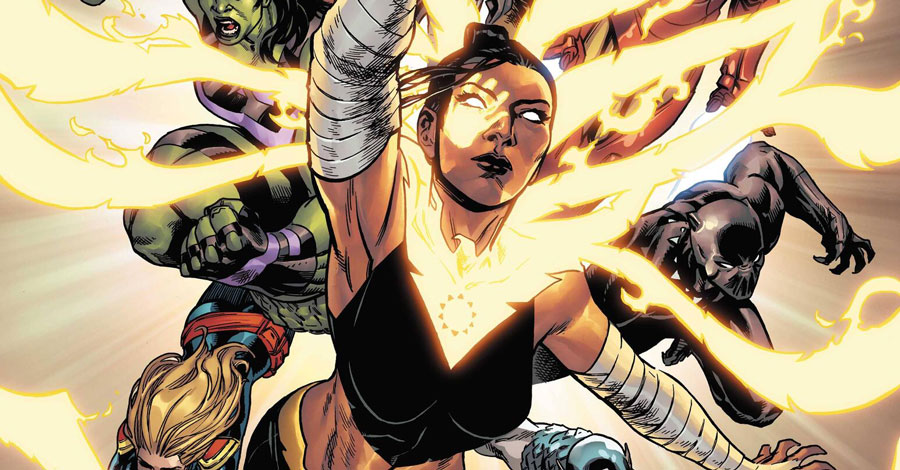