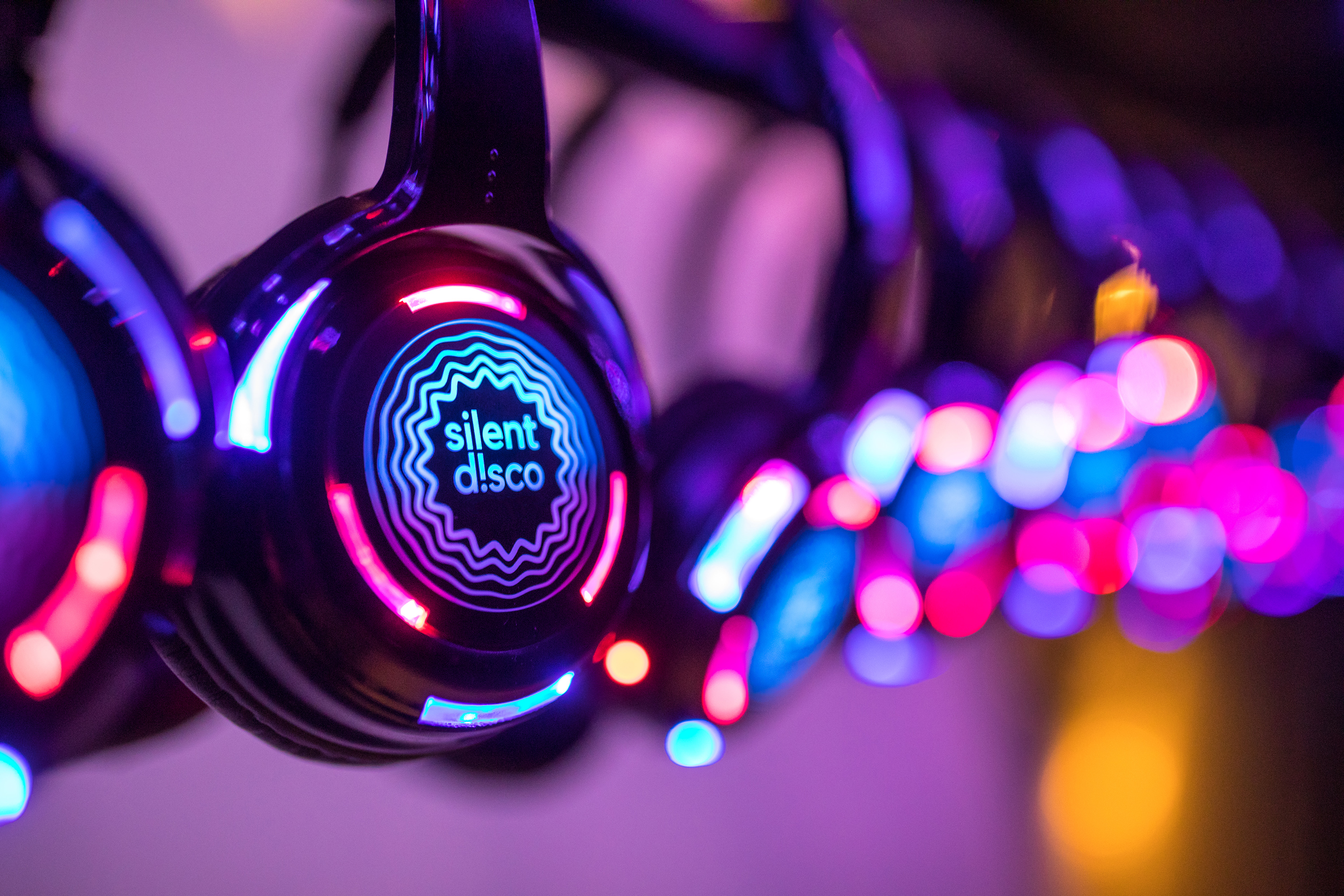 A history and discussion of the silent disco or headphone disco in club and festival culture, and how it has transformed into the party staple it is today.

The headphone disco, otherwise known as a silent disco or silent rave, has grown exponentially in popularity in (and out of) club culture in recent years.

The headphone disco, otherwise known as a silent disco or silent rave, has grown exponentially in popularity in (and out of) club culture in recent years. At such an event, wireless headphones are distributed to attendees and the venue’s DJ(s) play their set lists directly into the attendees’ ears, giving the external impression of silence to passersby—that is, until the dancers start singing along. It’s a fun and creative way to party and simultaneously reduce noise pollution (at least on a collective level).

Meanwhile, the individual-oriented event has taken on a whole new life with the advent of COVID-mandated social-distancing rules and party restrictions. Due to its nature, it isn’t as limited, or doesn’t have to be.

Here’s the rundown of how headphone discos came up, and where they’re headed next.

The earliest silent disco didn’t happen in reality at all—it was found in a book. During the science-fiction craze of the mid-to-late-20th century, the Japanese manga Astroboy featured a speculative-fiction story in 1967 called “The Summer of 1993” in which a character goes to a party where everyone is issued a pair of headphones.

Little did the writers or readers realize the revolutionary party technique they were manifesting. The headphone disco IRL indeed took shape by the early 1990s, originally as an effort by environmental activists to demonstrate that such events could take place outside without causing a disturbance to nearby wildlife habitats.

The concept quickly gained popularity in England, where the Glastonbury Festival used it to get around late-night sound curfews and BBC Live Music relied on it to broadcast “silent gigs” featuring rosters of bands as if they were performing at a live venue.

With the rise of internet music streaming in the first decade of the 2000s and beyond, the focus of silent discos shifted from from simulcasting live performances to distributing curated playlists and DJ sets. Although notable events had taken place it’s worth noting that the moniker “silent disco” came into the mainstream during this period, bolstered by publicity surrounding the 2005 Bonnaroo Festival. The event has become something of a tradition ever since. 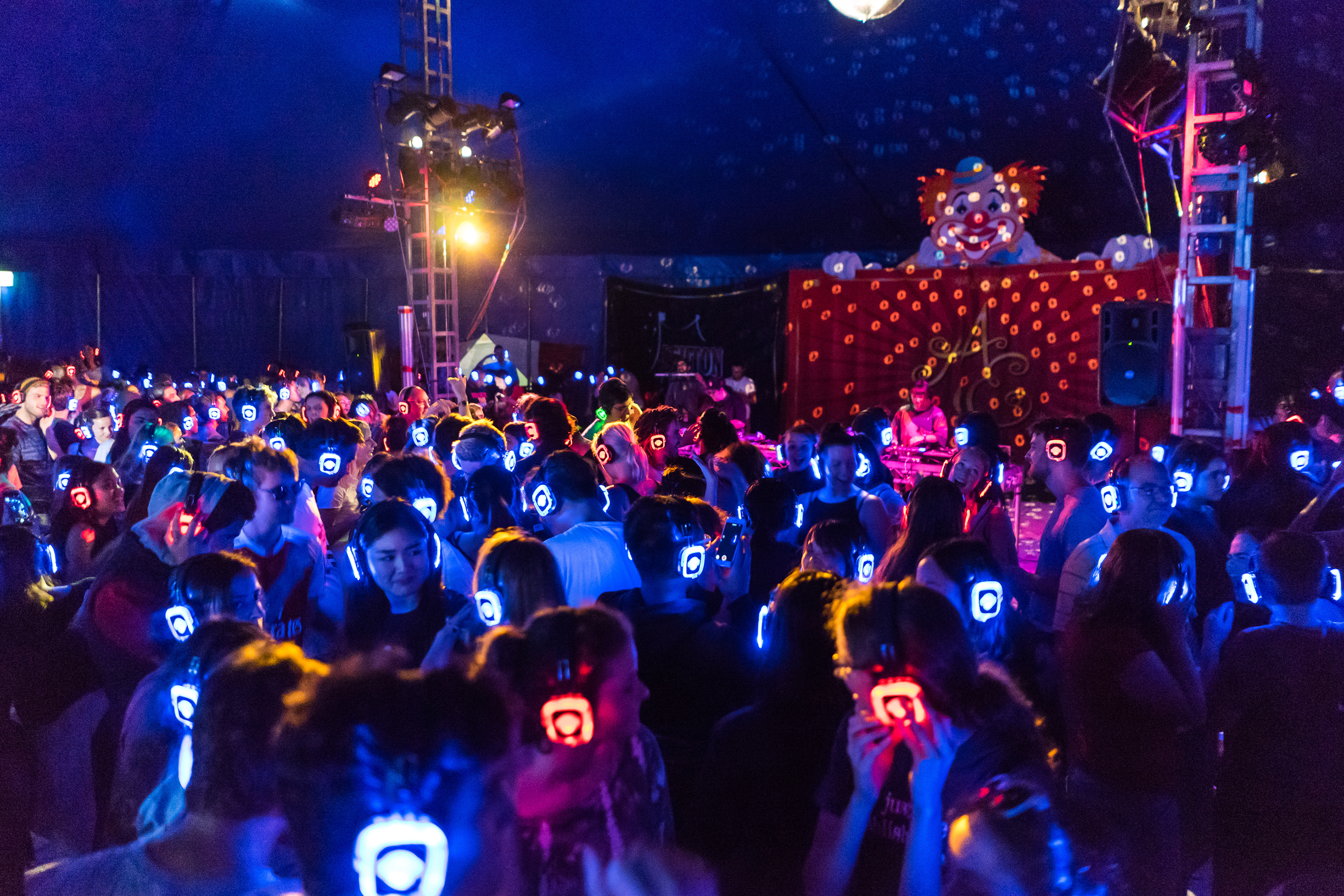 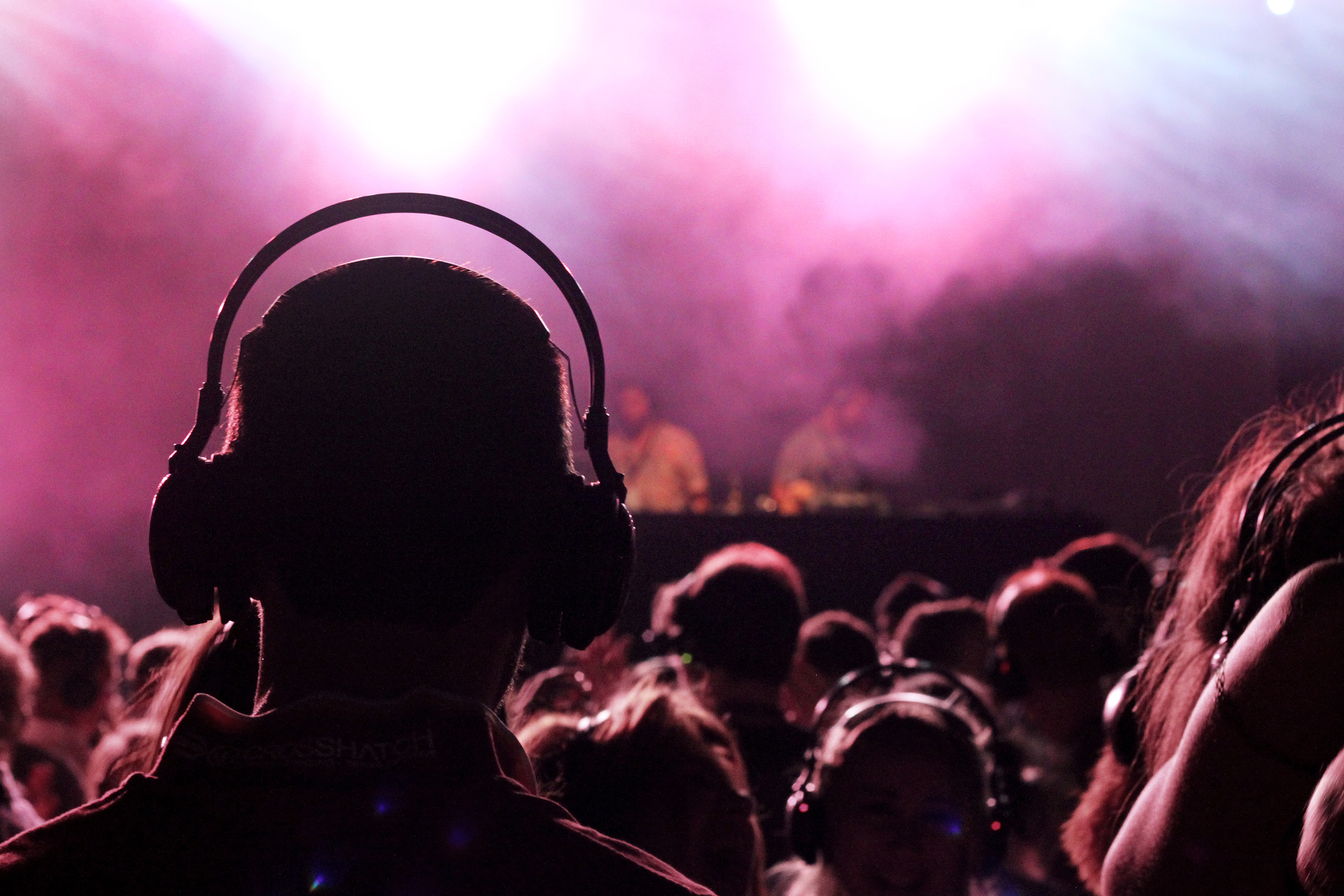 Headphone discos nowadays are more exciting than ever. The events are often popular on college campuses, with recreational spaces rented out to groups of DJs who play multiple sets at once. They’ve also become a fixture in cities and remained a fixture in the festival culture that first promoted them.

As a consequence of the advent of more sophisticated streaming technology, the number of channels a DJ can broadcast into the wireless headsets has shaken off the limitations of the old days. Up to three channels can be broadcast simultaneously at contemporary discos, with attendees able to switch between channels as desired.

The headphone disco has taken on a new iteration during the COVID-19 pandemic, which forced DJs and performance artists to move their sets into a 100% online forum. Streaming directly into people’s homes has striven to evoke the same individualistic effect as it creates a safely distanced yet musically united community.

Considering the ongoing and increasing demand for internet-friendly parties that translate to the virtual sphere, it’s likely the individual-oriented club scene will only grow and become more multifaceted. An obvious upside to this is that partygoers and party-seekers are less limited by location—you can stream and attend events from anywhere in the world, right into your own headphones!

With the proliferation of the event, silent disco rental companies about. They’re particularly easy to find in Europe—check out resources for the UK and for the club-rich city of Berlin—as well as the latest from Silent Events, one of the original organizers of silent raves. There’s plenty of info on how to throw your own silent disco and what you’ll need to make it happen. So next time you want to host a gathering—either physically or in spirit over Zoom—don’t rule it out!

Tromso: A Gateway to the Arctic