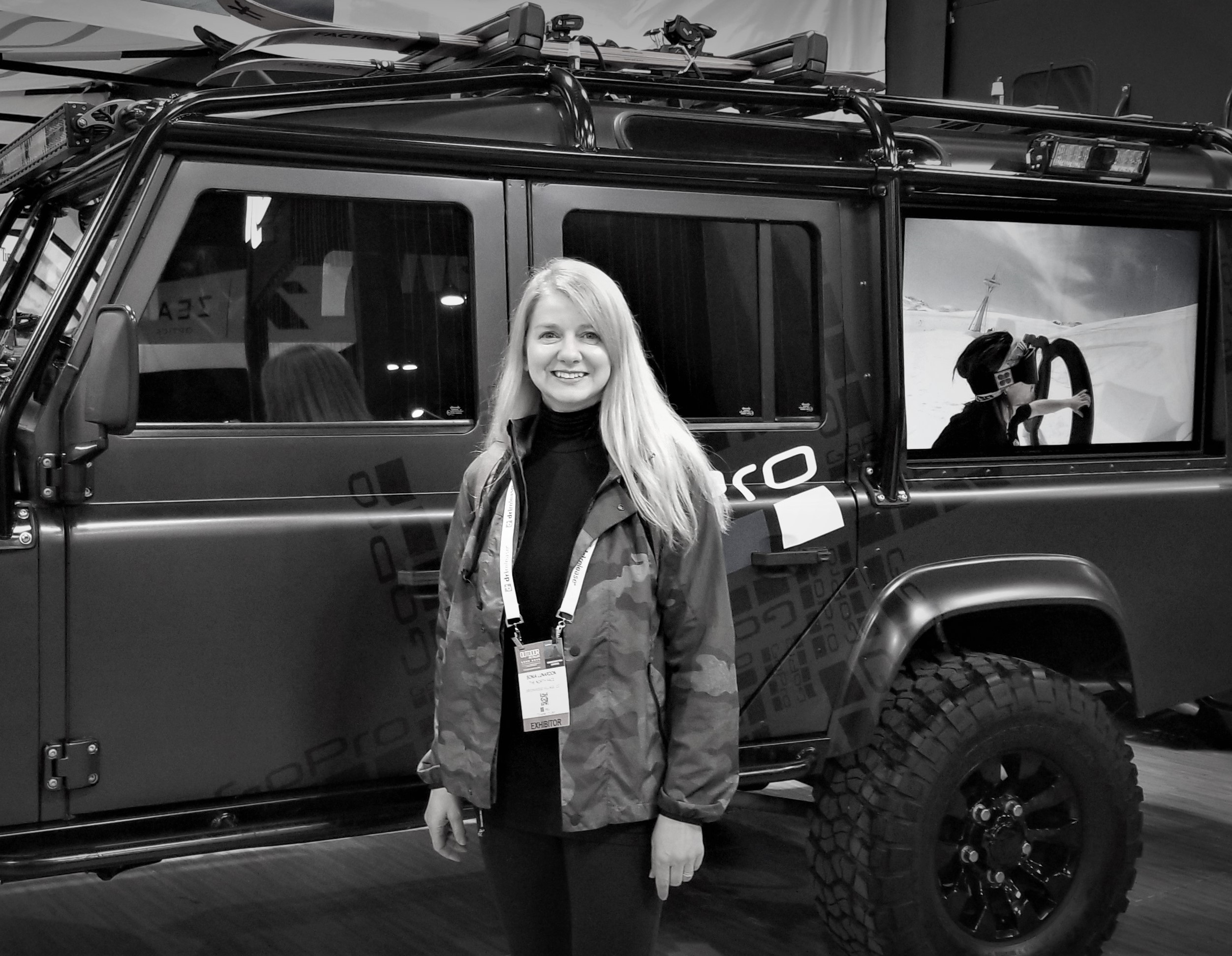 Sonia Lunardon - On Coming to America and Designing Technical Products

She's Italian, but if you get the chance to meet Sonia, for the love of all good things don’t say capiche.

“In Italy, with Alpinestars, I had picked up a bit of English, but it was all work related - mathematical, technical, nerdy stuff. I could explain how to construct a leather suit for MotoGP in english, but just don’t ask me to talk about the weather", she says. She picked up a lot of lingo working with the Fox Racing crew after moving to America.

“Everything was slang. When you learn a language in a classroom, it’s a proper “How are you?” But when you’re with a group of native speakers it’s a lightning fast “wassup.”

As a self-proclaimed perfectionist, this took a toll. She was constantly improvising and it was funny but hard at the same time. Shifting an English phrase into the Italian sentence structure would result in laughs, like changing the devil's advocate to "the advocate of the devil…”

But some of the Italian words, like "patacca," which Sonia used to describe logos or patches, could mean both a medal of decoration or a piece of trash. Her colleagues didn't exactly understand what it meant, but they loved to say it, so any logo or patch from then on became a patacca.

“With a new language, you can’t be shy. You have to lose your sense of importance and dive in. I wasn’t afraid to speak my mind; it was an adventure. And there were also the song lyrics that I finally figured out. It was a revelation, a big discovery for me,” says Sonia. “There are all these English songs I had been listening to since I was a kid and had been singing "Let it be" from the Beatles. When I was young, I thought the lyrics said "Lady B" and that it was a song celebrating Brigitte Bardot. It certainly makes me laugh now!”

“I’m not a classic Italian looking person. I have blond hair and blue eyes, so people would think I was joking when I said I was Italian. We don’t say "capiche" where I’m from (like in the mafia movies), but everyone wanted to say that to me. I had to watch old movies to understand the US perspective on Italian culture, which I often found very entertaining.”

So if you get the chance to meet Sonia, for the love of all good things don’t say capiche. 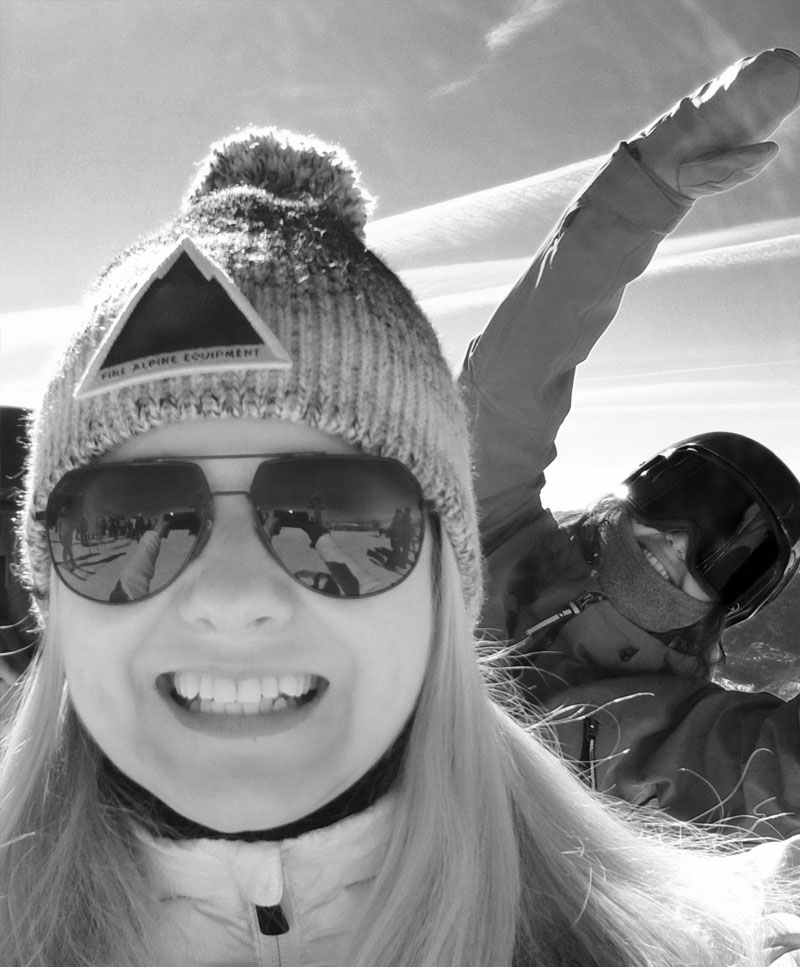 "I’m pretty open minded and flexible when it comes to new products and innovations, but I will not be part of a project if I feel it will not live up to my standards or the consumer’s standards." 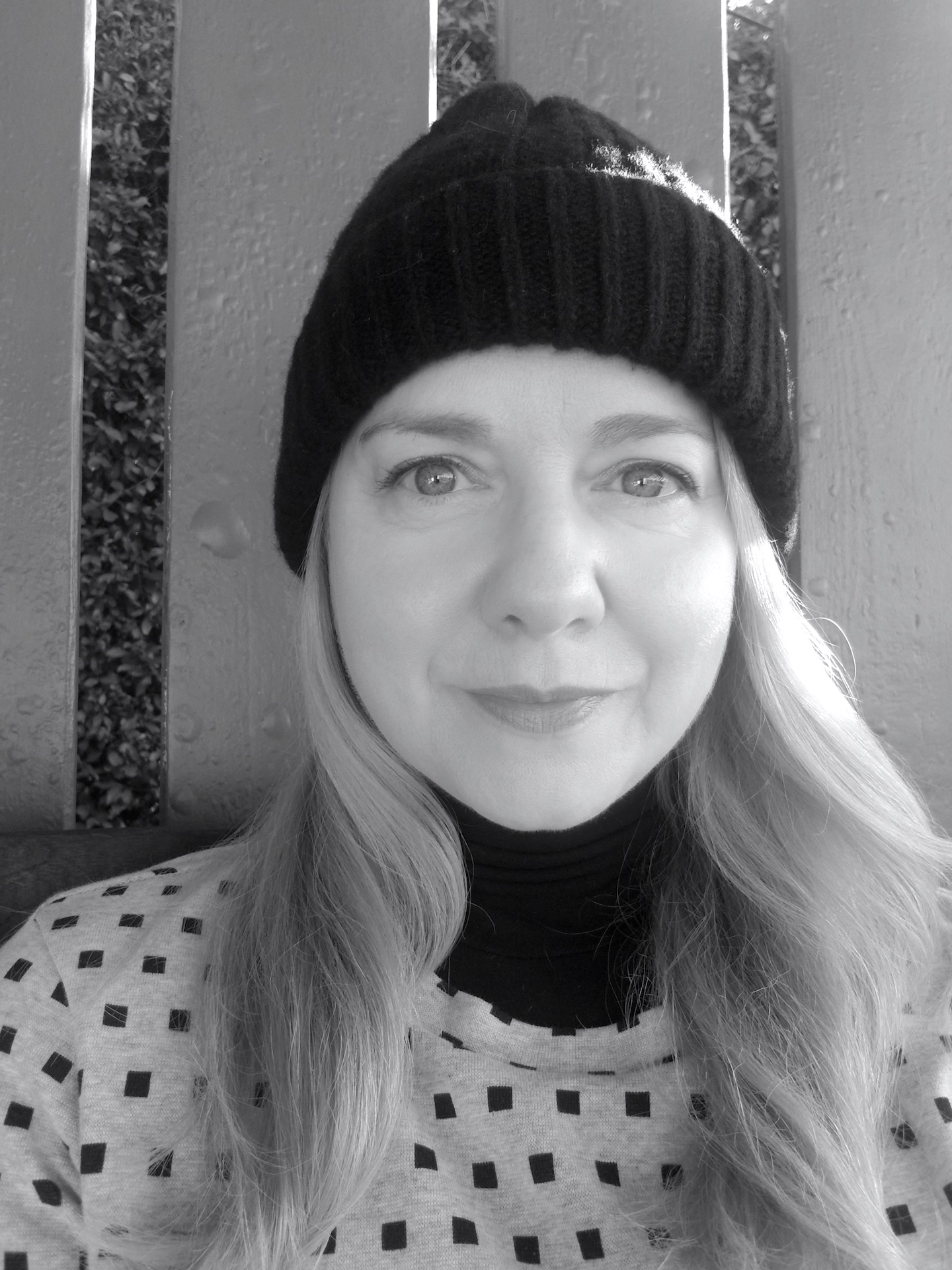 How did you get started in the technical apparel industry?‍

"I was always curious as a child to understand how things worked, especially mechanical devices. I was driven to take things apart and put them back together again. Being from Northern Italy, where fashion and apparel are so strong, it was also natural for me to become curious about how the clothing industry worked…how things were designed, developed and produced.

As fate would have it, a well-known apparel company in Italy called F.lli Campagnolo, was literally a short walk from my home. At that time not only was design and development done in house, but the full production cycle as well. It was truly a unique opportunity to learn each and every step of the process, from coming up with the design and colors, to making the pattern and following the product all the way through shipping. This full-circle knowledge and experience has been a huge help in my career since I have first hand knowledge of the entire process involved with bringing a product to market. I also learned a lot from the co-owners of F.lli Campagnolo, Dr. Andrea and his brother Giorgio Campagnolo. They were truly great mentors for me."

You were with Alpinestars and Fox Racing before The North Face. What did you learn in the motorsports industry and how did the skills from designing serious racing apparel transfer to outdoor apparel?‍

"While I already had a decade of experience in the apparel industry before starting at Alpinestars, moving into high performance motorcycle clothing required a huge step up. It was during some big changes in my life that I was approached about working for a new division of the company. Alpinestars was known for their Motorcycle boots but in late 1999 the owner of Alpinestars wanted to build out a super team to make custom leather suits for the highest levels of racing. It all sounded very exciting so I accepted the position and was paired up with another very technical colleague named Antonietta Secco. Together, we made a formidable team and we built out the Technical custom leather suit department as well as the Formula 1 and World Rally Championship programs.

From a technical fit standpoint, there really isn’t anything more challenging than engineering custom MotoGP leather suits. The variables and the mathematical algorithms that your brain must process are all in 3D, which is very challenging. Of course the performance as well as the very life of the rider is also on the line, so you have to be absolutely committed to producing the very best product possible.

For me, if you can mathematically master this then you can pretty much do anything. That being said, any time you move from one industry to another there is always a learning curve. Of course there are also things that you can introduce from one industry to the other. For example, when I was working for TNF, I was able to transfer ergonomic concepts based on movement studies from my work in motorsports to some of the pinnacle styles for the Steep Series, such as the original 2017 Pro-skier Brigandine Jacket and Bib, which turned out extremely well. I used this same application for many products in the Summit Collections as well."

What’s one of your favorite pieces or projects, and why?‍

"There have been so many great projects I’ve had the privilege to work on over the years. Certainly the Alpinestars Racing Replica leather suit would rank near the top. We were introducing external armor on a leather suit for the very first time in the industry. This was very cutting edge…so much so in fact that we had to find brand new machinery in order to even implement this innovation in safety. That was an extremely challenging but also very rewarding project to be a part of.

While at Fox (Shift Racing), it was fun to work with athletes such as Ricky Carmichael and Ken Block, making them custom one-off Nomex auto racing suits. Other highlights include the custom American flag inspired leather suit for Josh Herrin in which he won the Daytona 200, as well as developing the gear worn by Kyle Loza for his Gold medal run at the X-Games.

More recently at The North Face, I really enjoyed working on the Steep and Summit Series Collections. Other highlights at TNF included working on the apparel for the 2017 Expedition in Antarctica (Queen Maud Land) with iconic athletes such as Conrad, Jimmy, Alex, Anna, Savannah and Cedar, as well as the 2018 Lhotse Expedition with Hillary Nelson and Jim Morrison. I’m so honored to have worked with these great athletes; they really inspired and motivated me to do the absolute best job possible. I also had a great time developing the 2018 US Freeskier Olympic team uniforms in collaboration with my fellow ARTILECT colleague Erica Tess!"

What’s something that’s not negotiable for you when you’re designing a new piece?‍

"I’m pretty open minded and flexible when it comes to new products and innovations, but I will not be part of a project if I feel it will not live up to my standards or the consumer’s standards."

Give us your crystal ball read – how do you think technical apparel in general is going to be different 5 or 10 years from now?‍

"I think new fibers will help to make even normal everyday clothing become more technical. The lines between technical apparel and fashion will also become blurrier. I also think that wearable technology will play a greater role in the future, and be seamlessly embedded in the clothing itself.

Of course I also hope that we can find ways to not only make clothing last longer, but also be repurposed or recycled easier as well. The full cycle of clothing must improve in the future to help reduce waste." 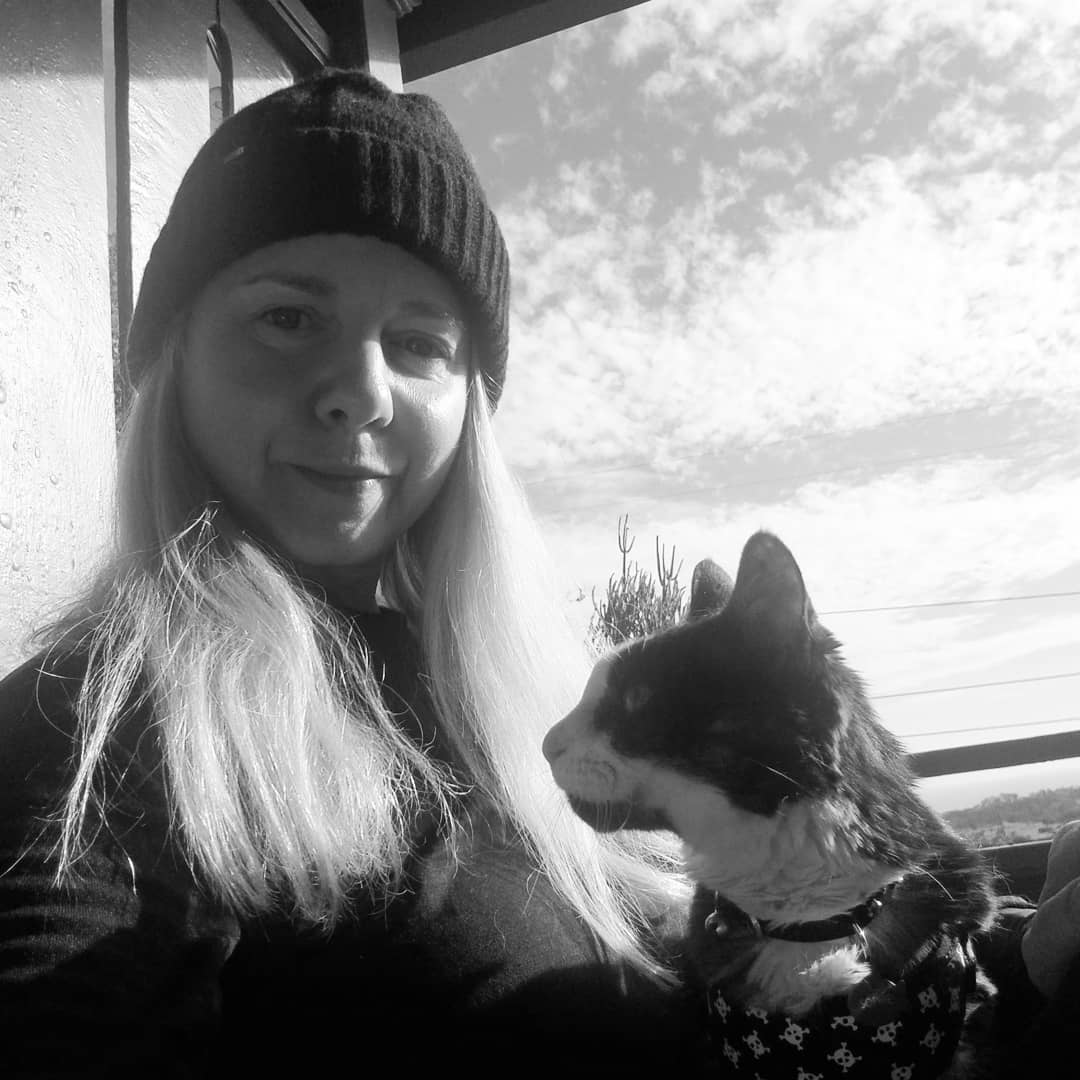 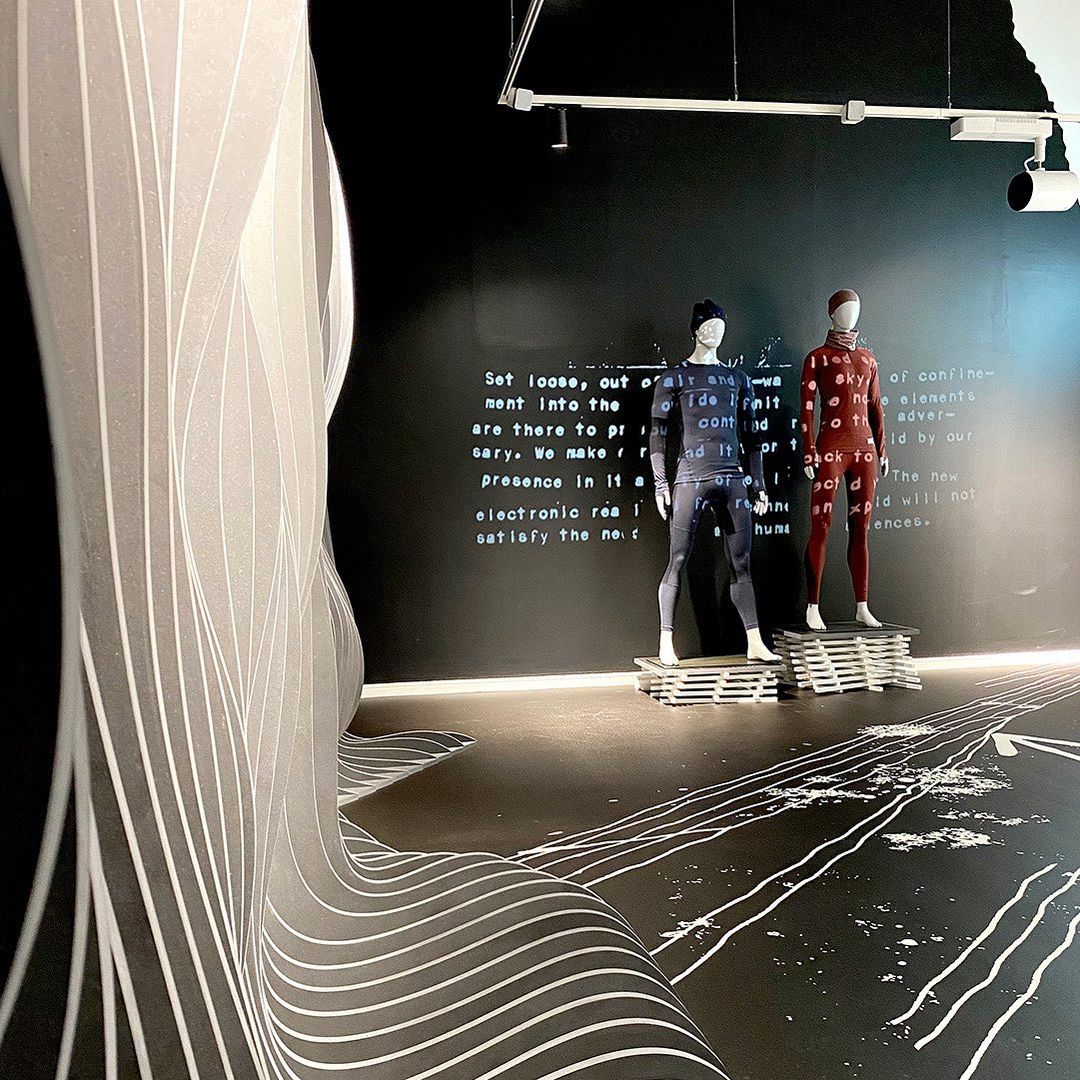 ‍What gets you excited about ARTILECT?‍

"It’s very refreshing to join a new company, especially when that company is approaching everything in a unique and creative way. I love the boldness it took to start something new during a world pandemic; it shows character and a positive mindset for the future.

When I first spoke to co-founders Trent and Corry, I was blown away by both their vision for the company as well as their down-to-earth approach.

The end result is that people come first at ARTILECT, so we are spending as much time on building the right team as we are on building innovative apparel. I really couldn’t ask for anything better than that."

What do you like to do for fun, and does this shape how you design products?‍

"Well I’m Italian and so it shouldn’t be a surprise that I love to cook, but that doesn’t really shape how I develop products. However, I am famous for throwing recipes in the trash and making things the way I think is best, so perhaps there is some alignment with the cooking and product development there! I also love taking care of my garden and plants. It’s very rewarding to work with nature and see it flourish.

I’m also drawn to observing and staying in tune with social evolutions and discoveries, the same as I am with music, which is very important to me. I respect the past, just like I enjoy music from different eras, but I don’t like to get stuck there. I’m always searching for something new and I like to evolve with time and my surroundings.

Of course, I love challenges and I love creating. When I was in Italy, I designed my own home as well any custom furniture that was needed. I really enjoy the process of learning new things, and seeing a vision become a reality. I also like getting out in nature and discovering new trails and vistas. For me, there’s nothing better than finding a hidden path or lookout that I can explore, and then sharing it with someone else. Finding joy and passing it on is something you will always feel good about, and creating products that allow people to experience the outdoors comfortably and confidently is also something that brings me a great deal of satisfaction."